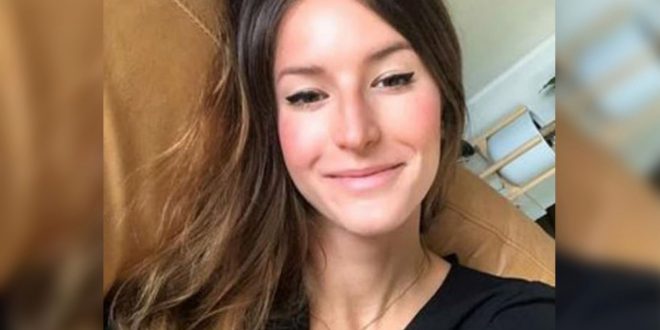 Nothing comes for free.

A young music industry executive has found herself at the heart of the Nashville Christmas bombing investigation — after mysteriously being gifted two homes by crazed loner Anthony Quinn Warner.

Los Angeles-based AEG Presents exec Michelle Swing, 29, was given two properties on the same street in suburban Nashville in the last year, paying nothing despite them being worth more than $400,000 combined, according to property records.

They include the house in Antioch that Warner had last lived in — one he gave to her on Nov. 25, a day before Thanksgiving and exactly a month before his devastating suicide attack in his explosives-laden RV.

Swing has refused to talk about how she knows Warner and has even claimed to have been unaware about the quitclaim transfer that granted her his home, which shows an RV parked next to it in Google Maps images.

But the mystery of the deed transfer is now a key part of the investigation into Warner and his potential motivations and mental state, a law enforcement official told the Associated Press.

Swing admitted as much herself when contacted by the Daily Mail when the house gifts first came to light.

“I’ve been told to direct everything else to FBI,” she told the outlet Saturday, when agents first raided the house that still belongs to her.

The first home she was given — Warner’s family home in Antioch, less than a mile from his last address and on the same street, Bakertown Road — came as part of a bitter legal battle in which his mother sued him to get it back.

His 85-year-old mom, Betty Christine Lane, eventually won, and Swing signed a quitclaim last July to give back the $250,000 house to Lane, who still lives there, according to records.

“In the state of Tennessee you can deed property to someone else without their consent or their signature or anything,” she told the Daily Mail.

“I didn’t even buy the house, he just deeded it over to me without my knowledge. So this is all very weird to me, that’s about all I can say.”

However, the US Sun has said that Warner also sent her a letter when he transferred the deed, one now reportedly in the hands of the FBI.

In it, he warned her that the basement was “not normal” and said he “intended to travel on Christmas Eve to spend a few weeks in the woods with his dogs,” the report said.

“The attic has plywood and lighting, take a look. The basement is not normal, take a look. Woof woof Julio,” he wrote. The identity of “Julio” is unclear.

It is also unclear if Swing has ever set foot inside either house, and she reportedly told investigators she never even met the bomber, the report said.

With so little known about Warner — he had no social media presence, and did not appear to express a political motivation — the spotlight, in part, has turned on Swing and any potential insight she may have.

But as well as refusing to discuss her ties, Swing is now hiding her own online footprint, deleting social media, including Facebook and LinkedIn.

Before being scrubbed, however, they gave some background into the music executive who for years has lived more than 2,000 miles from Tennessee.

She has family in Lenoir City, about 165 miles from Nashville, and has previously lived there, records show.

She also studied marketing and business at the University of Tennessee in Knoxville, her LinkedIn shows.

Her career was initially also based in the Volunteer State until she moved to California in 2012, starting in San Francisco, where she worked as a project manager for Live Music & Festival Solutions.

She worked at StubHub between February 2016 and September 2018, then moved to her current home base in LA in October 2018, her LinkedIn showed.

She is currently an executive in artist development for Anschutz Entertainment Group (AEG), which has refused to comment, according to Digital Music News.