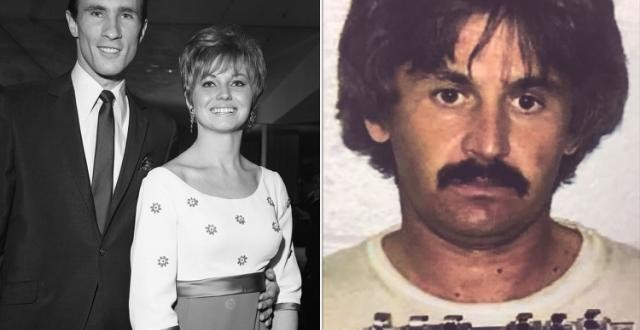 Kenneth Troyer was identified Monday as the killer of Karen Klaas, the ex-wife of Righteous Brothers singer Bill Medley whose rape and murder went unsolved for nearly 41 years.

Troyer was named by the Los Angeles County Sheriff’s Department on the anniversary of Klaas’ death. Investigators said last week they had identified the suspected killer but declined to release his name until a Monday news conference.

Troyer was killed in a shoot-out with police in March 1982, after escaping from a California prison, L.A. County Sheriff Jim McDonnell said. At the time, Troyer was a suspect in multiple sexual assaults and had been behind bars for burglary.

“By the perseverance of the detectives, we were able to provide closure,” McDonnell said.

Klaas, a 32-year-old mother-of-two, was found beaten, raped and strangled with her pantyhose in her home in Hermosa Beach, California, on Jan. 30, 1976. She was in a coma for five days before she died.

Authorities say the decades-old case was solved through familial DNA testing, a controversial law enforcement tactic which allowed the investigators to do a search for a potential relative of the killer in the state’s felon DNA data bank.

Detectives said they pulled together Troyer’s DNA profile in 2009, though it was not a match in any felon data bank.

Medley and his son with Klaas, Darrin, appeared alongside law enforcement Monday as Klaas’ killer was announced. Medley said he was very happy with the news — after making peace with never having a solution.

“It has been a long road, and we are just thrilled we can close the book,” he said. “From the bottom of my heart, I thank everyone.”

He continued, “It was something you were hoping for for 40 years, and all of a sudden they said, ‘We got him.’ ”

Klaas was attacked as she returned home from dropping off her son at day care, authorities have said. Neighbors, who grew concerned when they couldn’t reach her, called the police.

Her house had been ransacked and showed signs that a struggled ensued, according to the Daily Breeze.

For years, Los Angeles sheriff’s detectives searched for a thick-haired, bearded man wearing a trench coat and blue jeans who was spotted leaving Klaas’ home after the attack. The man, who was described as white and around 28 years old and standing about 5-feet-8-inches tall, was never identified.

Medley and Klaas, then Karen O’Grady, married in 1964. They divorced in 1970, after which Klaas gave birth to a second son, Damien.

“We miss Karen, and the most important thing is the boys didn’t get to grow up with their mother,” Medley said Monday. “She would have been a incredible grandma. She was an incredible girl and was one of my best friends after the divorce. When it happened, it was just a mind-blower.”