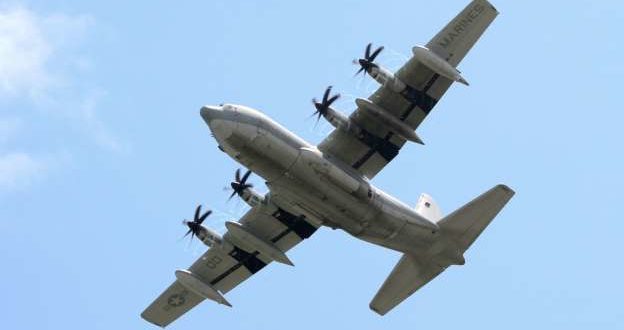 The type of military transport plane that crashed into a Mississippi field Monday afternoon, killing all 16 service members on board, has a long reputation for being a workhorse aircraft — one that has played a key role during global conflicts.

The Lockheed Martin-designed KC-130 is used to refuel other jets in mid-air and on the ground, and is also employed for cargo hauling, according to the U.S. military.

It was not immediately clear Tuesday what sort of mission the plane was involved in and where it was headed after it departed from the Marine Corps Air Station Cherry Point along coastal North Carolina.

Just before 4 p.m. local time, the plane slammed into a soybean field near a highway about 900 miles away in rural Leflore County, Mississippi, leaving behind a fiery wreckage.

The FBI, along with local and state authorities, was on scene Tuesday morning to determine what happened. There were no civilians on board, officials said.

Debris was discovered scattered on both sides of the highway, and investigators are looking into the possibility that an explosion occurred prior to the crash, reported NBC affiliate WLBT. The station also quoted an unnamed state trooper who said the plane was full of ammunition.

It’s unclear exactly which model of the KC-130 was involved in the crash, although the latest version known as the KC-130J are deployed out of Marine Corps Air Station Chery Point. The plane is an updated version from the Lockheed C-130 Hercules that was used during the Cold War.

This variation is a similarly behemoth four-engine aircraft most noticeable for its propeller design. The KC-130 began operations during the Vietnam War era, and a type of it was used by Argentina during the 1982 Falklands War with Britain and by the U.S. military during the Gulf War and the War on Terror.

Lockheed Martin, the manufacturer of the KC-130s, describes the KC-130J as “battle-tested” and a “global leader” in aerial refueling.

It also made its combat debut in Afghanistan in 2010, with Marines flying a variant of the KC-130J that is specially configured for intelligence, surveillance and reconnaissance. Known as Harvest Hawk, the plane can launch a laser-guided Hellfire or Griffin missile.

Under the Marine Corps, the KC-130 has been involved in at least one other deadly accident in recent years — a 2002 crash in Pakistan that claimed the lives of seven crew members. 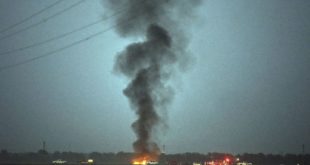