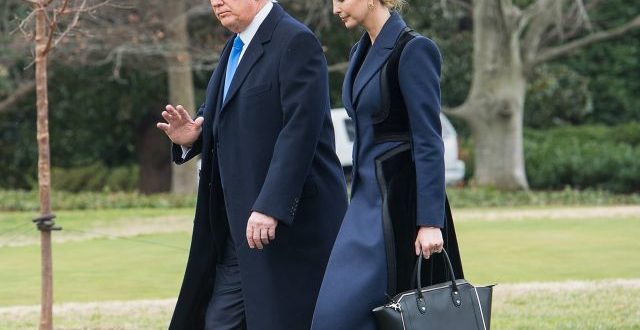 Ivanka Trump: Did the President just put the final nail in the brand’s coffin?

One day students at Pennsylvania’s Wharton Business School will write theses on the brand impact of an association with the presidency of Donald Trump. Some of them will focus on one of the school’s most high profile alumni: his daughter Ivanka.

Ms Trump was at the centre of the President’s latest ethics controversy, when he launched one of his patented Twitter broadsides at Nordstrom, a fancy retailer which recently dropped the Ivanka Trump brand as a result of its failure to perform.

“My daughter Ivanka has been treated so unfairly by @Nordstrom. She is a great person – always pushing me to do the right thing! Terrible!” he snarled.

The ethics debate centres on the President intervening with the aim of boosting his daughter’s company. In reality, by further entwining her name with his, he might just have put the final nail in its coffin.

Ivanka Trump is a very modern business, that relies solely on the image portrayed by its glamorous founder and the willingness among her target market – young working women – to buy into her by wearing her name.

Unfortunately the name is all the business really has and she can’t easily change it. This isn’t like Cosmair becoming L’Oreal USA. Without “Ivanka Trump”, there’s nothing there.

Ms Trump built the brand, and its image, by saying things like: “I’m incredibly proud to play a small role in debunking this caricature of what a working woman looks like, in creating content that’s actionable, that’s tip-orientated, for this young working woman that encourages her to architect a life that she wants to live.”

No, I’m really not sure what that means either. It feels like she wants to be seen to care about her target market but is struggling to say so, perhaps because the world she lives in is so completely divorced from the world of the average working woman. And perhaps because she knows that, deep down, hers isn’t the mission-led business she likes to claim. It’s just about making a buck.

Until The Donald embarked on a political career and it became obvious that he was the antithesis to all that slightly woolly positivity, even before his despicable comments about women were made public.

Brand Ivanka’s demographic is made up of a group of people who may very well feel Mr Trump to be their Kryptonite. And if they don’t, their friends probably do.

With a wide field of alternatives that don’t have the potential to be seen as a faux pas at a working lunch when you wear them, why take the risk of buying Ivanka? Especially now the President has further entwined Ms Trump’s brand with his own.

Nordstrom’s decision wasn’t made as a comment on that. It was something the President really ought to understand: a cool-headed business choice to remove from the shelves a brand that had stopped selling. Unlike previous businesses that have been made Trump tweet targets, Nordstrom’s shares have done just fine.

As for Ms Trump, she had, of course, stepped back from the brand and from her previous role at the Trump Organisation, partly because she has taken an ill-defined role in her father’s administration while her husband Jared Kushner has joined his leadership council as a loyal lieutenant.

Whether there will be anything for her to return to when that role ends is now open to question.

Of course, she could always set up a new brand. It worked for Gerald Ratner, after the UK jeweller damaged the business that bore his surname with some spectacularly ill-advised comments that were mild by comparison to what the President says daily.

He resurfaced in the same sector, using the brand “Gerald” with some success. If Ivanka wants to follow his lead she might want to try using her middle name.

Or she could just take up her old role at the Trump Organisation. It has been trying out a new name of its own: Scion.