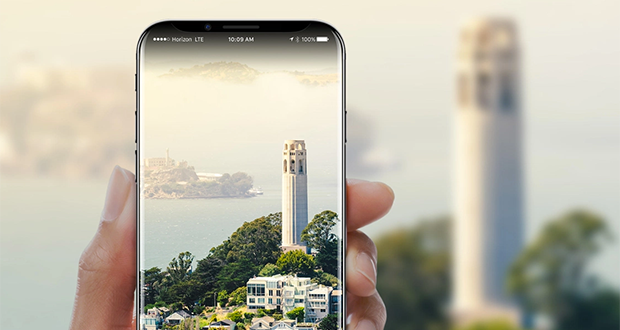 Apple is gearing up to release its new iPhone in a few weeks’ time. The upcoming iPhone 8 is anticipated to mark a radical change for the company as it seeks to wow users with a 10th anniversary device.

The iPhone 8, if indeed it is called that, has been rumoured to include wireless charging, a SmartCam, an edge-to-edge display and – for the first time – no home button. Here’s what we’re expecting from the iPhone 8 release.

Apple has developed a pretty regular release pattern. A new iPhone is usually unveiled in early September, either on a Tuesday or Wednesday.

Perhaps by coincidence, it normally comes the week after IFA, a major technology conference in Germany, which this year starts on September 1. That means the best guess is Tuesday September 5 or Wednesday September 6 for the iPhone 8 release. Because the Monday is a US holiday, Wednesday might be more likely.

The phone then tends to go on sale a week or two later on a Friday, so September 15 or 22 are the best bets. Pre-orders tend to open a week before they go on sale.

There have been repeated rumours of production delays around the new launch. Apple has dismissed these fears, predicting strong sales in the coming months – above expectations and presumably driven by an iPhone launch.

Several websites had claimed the iPhone will not be sent to consumers until October to November of 2017.

RELATED:  One of the iPhone 8’s hottest new features might not even work out of the box

What will it be called?

Apple has followed a familiar pattern since it released the iPhone 3G back in 2008. It launches a new phone with a major cosmetic change one year and then follows a year later with an improved “s” model. The last iPhone was the iPhone 7 so by that logic the next one would be called the iPhone 7s.

However, there are reasons to suggest it could change this year. For one thing, last year’s iPhone 7 was less of a radical departure from the iPhones of the previous two years, at least appearance-wise. If Apple does choose to introduce a brand new design, it probably wouldn’t want to call it the 7s. The iPhone 8 makes more sense in that case.

Apple may choose to make a splash for its 10th anniversary, though. One rumoured name is the iPhone X. This makes some sense – few of Apple’s series make it into double digits before changing their naming conventions (iPhone 13?) – so at some point a change is likely. There’s a precedent here in Apple’s Mac operating system – it went 1, 2, 3 and so on before switching to OS X.

Potentially a lot. Flagship handsets have been going up in price every year and the iPhone 8 could be Apple’s most expensive handset yet, costing more than $1,000 in the US and £800 in the UK, Fast Company reports.

At a glance | iPhone sales

RELATED:  iPhone 8: Release date, price, news and everything you need to know

What features will it have?

Here are some of the most plausible suggestions floating around the rumour mill.

For the last three years, Apple has released two phones, a 4.7-inch screen and a “Plus” 5.5-inch screen. But reports suggest a new high-end phone might be in the works  for 2017.

The third model may have an OLED (organic light-emitting diode) screen, as opposed to the LCD screens on current iPhones. OLED is an upgrade on LCD in many ways, improving brightness and viewing angles, and is already used in devices such as Samsung’s Galaxy S7.

Previous Natsumi Hirajima: 27 Hottest Photos Of Member Of AKB48
Next The Shocking Reason China’s Military Is So Powerful