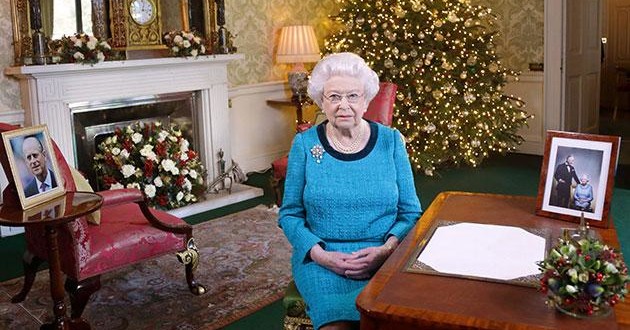 An internet hoax claiming the Queen has died has sent the internet into a frenzy. Here she is pictured delivering this year's Christmas Day speech. Photo: Getty Images.

The account, which had the handle @BBCNewsUKI, was suspended after sending out the Tweet, but not before people all around the world screenshotted and retweeted it.

“BREAKING: Buckingham Palace announces the death of Queen Elizabeth II at the age of 90. Circumstances are unknown. More to follow,” the account Tweeted. 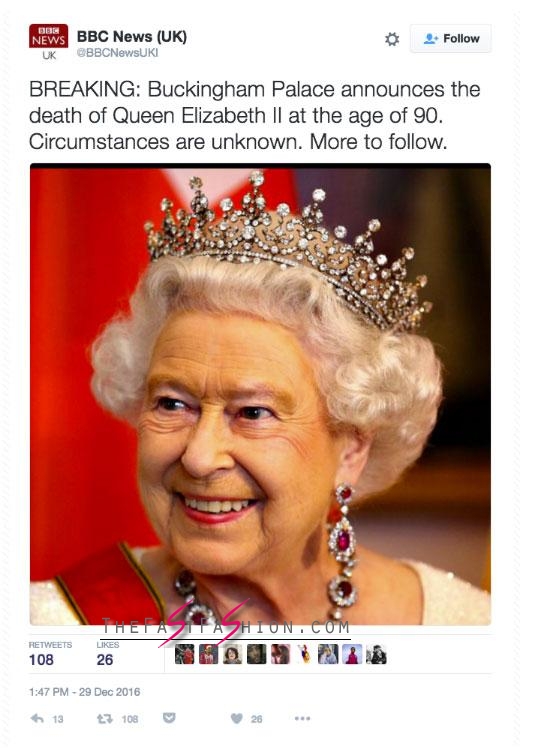 Almost immediately an outpouring of grief began online from royal fans who believed the tweet to be true.

The rumour comes just days after the 90-year-old Monarch missed the Christmas Day church service at Sandringham for the first time in 30 years.

However Kensington Palace released a statement downplaying the reports that she was ill, claiming she was just suffering from a very bad cold.

The statement said Her Majesty “continues to recover from a heavy cold and will stay indoors to assist with her recovery.”

Adding fuel to the fire was the hashtag #mediablackout which started trending on Twitter, claiming the UK media were about to announce the death of a famous figure.

“Why on earth is there a #mediablackout and what the heck does it mean?,” one Twitter user said.

“#Mediablackout I reckon all will be revealed on Monday,” another person said.

However others laughed off the hashtag as a joke with one Twitter user writing: “#mediablackout has given me the biggest laugh this year.”

Just last week all the royal, including Prince Harry, Prince William, Kate Middleton and Prince George and Princess Charlotte, made their way to Buckingham Palace for the annual Christmas party.

The hoax also comes after it was announced by Buckingham Palace last week that the Queen would be stepping down from her role as patron of a number of charities after turning 90.

“Her Majesty will continue to serve as patron to hundreds of charities and institutions but will now share this work with her family,” the statement said.