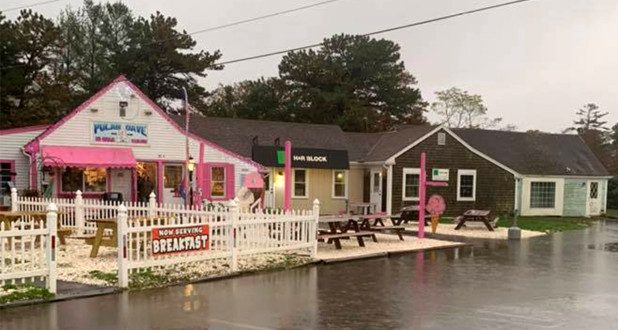 The owner of a Massachusetts ice cream parlor closed its doors just one day after reopening amid the coronavirus pandemic in response to how angry customers mistreated a teenage employee.

Mark Lawrence, who for 19 years has operated Polar Cave Ice Cream Parlour in Mashpee, a small town on Cape Cod, waited to reopen his shop under the state’s restaurant guidelines until Mother’s Day weekend.

But Friday’s grand reopening turned into a harsh lesson for the small business, according to Lawrence, who told FOX25 Boston that customers frustrated with having to wait longer for their ice cream after the shop grew busy took their anger out on his staff.

“One of my best workers quit yesterday at the end of her shift,” he said. “But the words she was called and the language, you wouldn’t even say in a men’s locker room. And to say it to a 17-year-old kid, they should be ashamed of themselves.”

Under a new plan to keep customers and employees safe, Lawrence said he posted on the shop’s Facebook page that all orders must be placed one hour in advance. However, many patrons didn’t follow the new rules, according to Lawrence, and appeared to forget their manners after weeks of social distancing.

Lawrence said he will close the shop to the general public until he comes up with a new operating plan.

In the hours following Lawrence’s decision to close, he received hundreds of messages of support from the community.

“I was very impressed by how your staff stayed patient and kind,” one user wrote. “You guys were doing everything you could and I do not blame you for not reopening. Know there are plenty here that will support you and accept your service however we can get it.”

The parlor filled limited orders on Saturday, which Lawrence said “was a vastly improved operation” in an update on the shop’s Facebook page. He said patrons “followed the rules and it worked,” with orders being placed over an hour ahead of time, and some even a day prior.

“We will continue to tweak our efforts and eventually try again to open full speed ahead,” Lawrence wrote. “Thank you for the incredible outpouring of love and support from so many. It truly means so much to me at this time.”

Under Gov. Charlie Baker’s stay-at-home order, restaurants have been able to offer take-out services while dine-in services are temporarily barred to contain the spread of coronavirus.

Non-essential business closures and the stay-at-home order remain in effect through at least May 18.

Nearly 77,000 coronavirus cases and 4,840 deaths were reported in Massachusetts as of Saturday, according to state health department data.

Previous Ellen DeGeneres isn’t as nice as she wants you to believe
Next Faryn Corey: 8 Hottest Photos On Internet