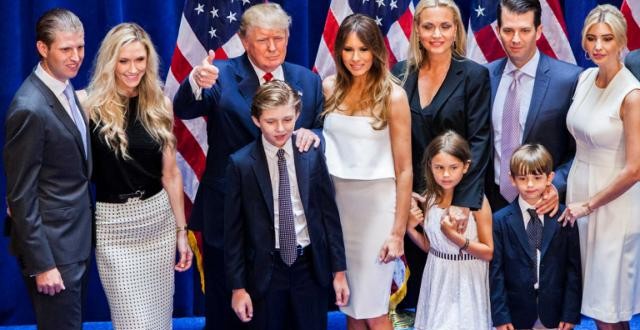 Dozens of companies have been thrust to the forefront of the political battle between President Trump’s supporters and critics through a series of competing boycotts.

Trump’s critics have been urging customers to stop shopping at retailers that sell Trump family brands, including Ivanka Trump’s line of women’s clothing and accessories.

The anti-Trump boycott movement, launched by Shannon Coulter, has been branded with the hashtag #GrabYourWallet on social media.

Alternatively, Trump’s supporters have threatened to stop giving their business to companies that bow to the pressure and drop Trump products.

Here’s a list of the companies that have cut ties with the Trump family.

Kalanick made the decision following calls for an international boycott against the ride-sharing company after it was accused of trying to profit off of protests amongst taxi drivers against Trump’s immigration order.

In a memo to employees, Kalanick said he called the president to let him know he would be stepping down.

“Joining the group was not meant to be an endorsement of the President or his agenda but unfortunately it has been misinterpreted to be exactly that,” Kalanick said.

Nordstrom said Thursday that it decided to stop carrying Ivanka Trump’s brand because of declining sales.

“Each year we cut about 10% [of brands carried] and refresh our assortment with about the same amount,” a Nordstrom representative told Business Insider. “In this case, based on the brand’s performance we’ve decided not to buy it for this season.”

Nordstrom became one of the main targets of the anti-Trump boycotts after a shopper’s open letter to the retailer went viral in October. The letter called Ivanka Trump’s brand “toxic” and demanded that Nordstrom stop selling it.

Macy’s stopped selling President Trump’s line of menswear — which includes suits, ties, and accessories — in 2015 after the president-elect referred to Mexican immigrants as “rapists.”

After Trump won the presidency, Macy’s CEO Terry Lundgren said the company would continue to stand behind its decision.

“We made our decision about a year and a half ago, and stand by our decision,” Lundgren told TheStreet’s Brian Sozzi.

Macy’s released the following statement to explain its decision at the time: “We welcome all customers, and respect for the dignity of all people is a cornerstone of our culture. We are disappointed and distressed by recent remarks about immigrants from Mexico. … In light of statements made by Donald Trump, we have decided to discontinue our business relationship.”