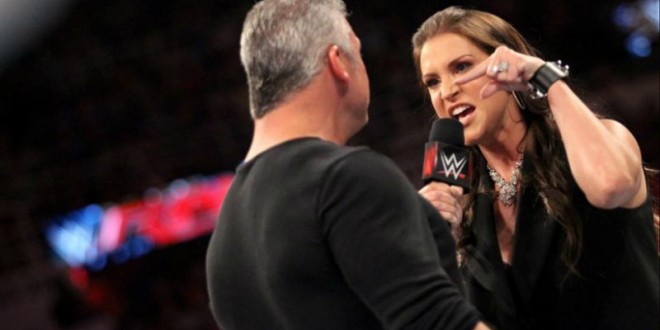 Goldberg’s return to the WWE in October after a 12-year absence would have been the most memorable moment of 2016 had it not been for the shocking return of Shane McMahon. Perhaps it was because Goldberg’s comeback was advertised while Shane’s was a true surprise. Or perhaps it was the circumstances surrounding Shane’s initial departure and the perceived hostility between himself, Vince McMahon, Stephanie McMahon and Triple H.

When Shane left the WWE in 2009, he did so after a failed power struggle with Stephanie. Shane tried to persuade his father into letting him take over the company but Vince wasn’t ready to step down. Stephanie was transitioning into her corporate role while Triple H was in the midst of getting NXT off the ground.

Adding even more fuel to the fire, it was recently revealed that Shane made another attempt to take control during a secret meeting in 2012. Vince would eventually decline Shane’s request to take over the creative side of the WWE in a meeting that was brokered by longtime executive producer, Kevin Dunn. Stephanie and Triple H reportedly freaked out at the idea of Shane’s presence, but it would be another four years before the prodigal son returned again.

And now, according to a report from PWPIX, there continues to be tension backstage between Shane, Stephanie and Triple H. Back in March, we reported that Shane’s return caused some warranted paranoia among Triple H and Stephanie. Vince was exploiting it by playing the two sides against one another because (as was the case in 2009 and 2012) he didn’t want to be pushed out by his eventual successors before he was ready.

Vince wanted to exploit the tension so much so that he was pushing for a WrestleMania match between Triple H and Shane. However, Triple H was completely against the idea from the onset, and as many have realized since Shane returned, the two have not shared a single second of airtime since.

At the time of Shane’s return, he was only brought back to the WWE under a performer’s contract, earning $120,000 for a stint that originally wasn’t supposed to go any further than his WrestleMania match with the Undertaker. Vince only went to Shane out of desperation due to the rash of injuries that forced many of the company’s main-event stars to miss the extravaganza. Triple H and Stephanie were worried, but again, Shane was only brought in as talent, not in an executive’s capacity. 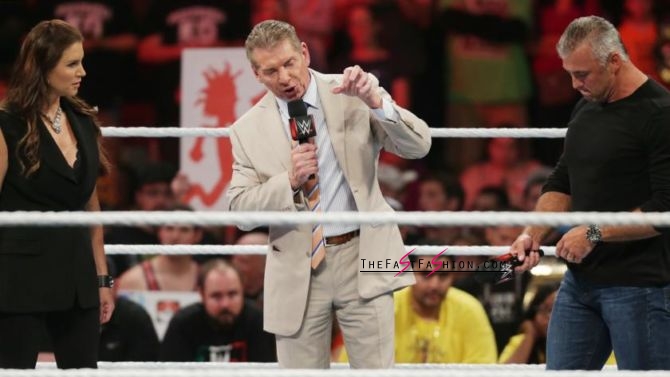 However, Vince decided to extend Shane’s stay, and pairing brother and sister up on-screen to run RAW. Eventually, the brand extension was re-initiated, and Shane was appointed as the Commissioner of the new SmackDown Live. All the while, Shane was offering his creative input in a storyline or two and getting under the skin of Stephanie and Triple H in the process.

That creative input has apparently only increased. It had been noted that Shane was heavily involved with several New Day angles in the early summer before the brand split. He’s since managed to get some ideas through on Tuesday nights as well.

From a storyline perspective, it made sense to let Shane run SmackDown with Daniel Bryan, while keeping Stephanie on RAW to run the flagship show with Mick Foley. But it also separated the siblings in real life. Triple H, however, does sit next to Vince on every RAW and SmackDown in the gorilla position and was even in charge on the few occasions Vince missed a show this past year.

RELATED:  Here's why Ronda Rousey would thrive in the WWE

Triple H is set to return to television very soon to begin his WrestleMania program with Seth Rollins. Vince’s ‘Mania plans for Shane have now been scrapped twice over the last several months. As noted, Triple H shot down the idea of the two working together in Orlando, and Goldberg’s successful return changed an original idea that would have seen Shane face Brock Lesnar on the grandest stage. This entire McMahon family saga will certainly be interesting to keep an eye on. 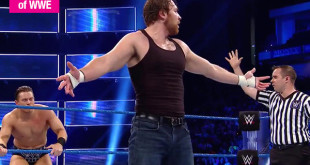 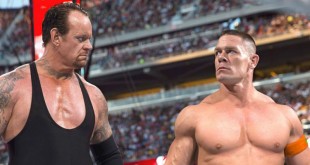