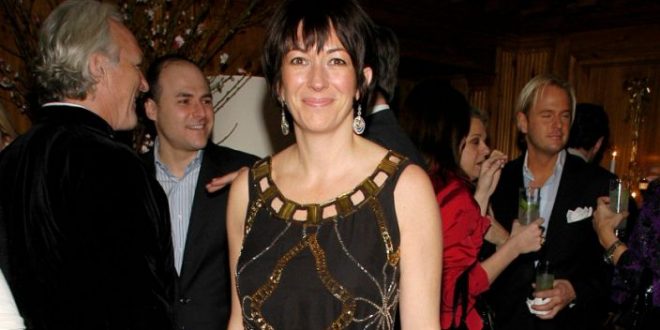 In comments made under oath in 2016, released for the first time after a long legal battle, Ms Maxwell claimed she did not remember taking Virginia Giuffre, aged 17 at the time, out for a night of clubbing with Andrew in London.

“Her tissue of lies is extremely hard to pick apart what is true and what isn’t,” she said in a combative deposition for a 2016 defamation case, which was unsealed on Thursday.

Ms Maxwell, the British socialite, claimed she did not remember the first time she and Ms Giuffre met, and said that the American “lied repeatedly” about her interactions with disgraced financier Jeffrey Epstein.

In a revealing deposition that accusers have campaigned to make public, Ms Maxwell stated that she was paid less than $500,000 by Epstein for her work assisting him and that she “would have remembered if it was $1 million”.

Ms Maxwell, long accused of acting as a ‘madam’ for Epstein also said that she “liked to think of herself as Epstein’s girlfriend” at one stage of their relationship.

Maxwell denied giving the Duke of York a Spitting Image puppet of himself.

In a previously released witness statement Johanna Sjoberg alleged that she sat on a sofa with the duke, Virginia Giuffre and a puppet provided by Maxwell.

“I sat on Andrew’s lap, and I believe on my own volition, and they took the puppet’s hands and put it on Virginia’s breast, and so Andrew put his on mine,” she claimed, adding it was in a “joking manner”.

In her deposition Maxwell said: “I never gave him a gift of a puppet. I am not aware of any small handheld puppet that was there.”

“There was a puppet – not a puppet – there was a – I don’t know how would you describe it really. A caricature of that was in Jeffrey’s home.”

Asked if she had ever been in a room in Epstein’s New York home where there was a puppet, she said; “You need to be more descriptive. I don’t know what you mean by puppet, there is hand puppets, all sorts of puppets.”

“My understanding of a puppet is a small handheld item you have in a circus. I have never seen that.”

The lawyer then defined “puppet” as a “movable model of a person or animal that is used in entertainment, and typically moved either by strings or controlled from above or by a hand inside it.”

Maxwell replied: “I have not seen a puppet that fits exactly that description. I don’t recollect the story as told.”

Maxwell denied Prince Andrew had sex in her bathroom

Maxwell stated that the Duke of York could not have had sex in her bathroom with a teenage masseuse, chiefly because the bathtub was “too small for any type of activity whatsoever”.

Her statement came as she acknowledged that she, Epstein and Prince Andrew all spent time together on Epstein’s private island, confirming they had a close bond of friendship.

Maxwell said in her deposition that she went to a university to recruit one person to work for Jeffrey Epstein, although she could not remember which university it was. The individual was not identified, with her name redacted in the document.

Maxwell said she visited the university twice, but could not remember if she found anyone to work for Epstein on her second visit.

Maxwell stated: “I believe [REDACTED] came from an adult university, as I would know in England, so university, I went there but I never went, as I best recollect, anywhere else.”

Speaking from her home in Australia, Virginia Giuffre said she was grateful for the documents being unsealed and that she hopes this will help on the next steps towards justice.

“I’m very grateful to Judge Preska for her decision to unseal these depositions. This journey to justice has taken decades for my fellow abuse survivors and me, including years in which our voices were ignored. Ghislaine Maxwell and Jeffrey Epstein did not act alone,” said Ms Giuffre.

“With more transparency, I am hopeful that all who helped perpetrate these heinous crimes will be held accountable.”

Maxwell was emphatic in her denial. She stated one of Ms Giuffre’s “lies she told was that President Clinton was on the island where I was present. Absolutely 1000 percent that is a flat out total fabrication and lie.”

Maxwell was also strong in her denial that she ever had dinner with President Clinton and that she had ever knowledge of him ever being in one of Jeffrey Epstein’s homes.

Epstein is known to have kept a rather odd painting of the 42nd President in his private collection. The two men have been photographed together also.

Maxwell ‘paid back’ every loan Epstein gave her

During the deposition, Maxwell was questioned repeatedly about her financial ties to Epstein. She stated that, while at times she may have owed him money, that she had no outstanding debts with him.

“I don’t have any outstanding loans with him.  I have paid back any loans I had with him.”

This was an at times heated encounter, including between the lawyers, Nick Allen reports.

About half way through the deposition, as Maxwell was repeatedly asked if she “believed” Epstein abused minors, Jeff Pagliuca, her lawyer, said: “Ask your next question. Don’t keep asking the same question.”

Sigrid McCawley, for Ms Giuffre, responded: “You are now shouting, I want the record to reflect that you are interrupting the deposition.

“I ask you to calm down, take a deep breath and please let me ask my questions. Your behaviour is inappropriate.”

Maxwell ‘did not recall’ a laundry basket of sex toys

In one of the more bizarre moments of the deposition, Maxwell was repeatedly asked about whether she kept a “laundry basket of sex toys” in Epstein’s Florida home.

Through a flurry of objections by her lawyers, Maxwell denied any knowledge of the basket and denied that she had provided Ms Giuffre with a sexually suggestive schoolgirl outfit to wear while she gave Epstein a massage.

“I don’t recollect anything about a laundry basket of sex toys” she stated.

What we know so far

‘I have never asked anybody to carry a baby for me’

Maxwell called questioning from Sigrid Mccawley on alleged requests from Epstein for other women to carry his child “utter rubbish”.

“Did you or Jeffrey Epstein ever ask any female, regardless of age, to carry Jeffrey Epstein’s baby for him?” Ms Mccawley, lawyer for Ms Giuffre, asked.

“You need to be very specific. I have no idea what you are talking about. That’s completely rubbish,” responded Maxwell.

“I can’t testify to anything Jeffrey did or didn’t do when I am not present, but I have never asked anybody to carry a baby for me.”

The lawyers who represented Ms Giuffre presented Ms Maxwell with evidence from the US government, who found a list with the names of all his masseuses in Florida, some of who were under 18.

Maxwell, as she did so often throughout the deposition, claimed to have no knowledge of this fact. She also stated that she did not know whether any of the women and girls named on the list ever had sex with Epstein.

“I can’t testify to what the government found or did not find because I would have no knowledge of it.”

Maxwell refuses to answer whether she believes Epstein ‘abused minors’

Over the course of her questioning, Maxwell was asked more than a dozen times whether she believed Epstein had “abused minors”. She continually evaded the questions and refused to answer them.

She did, however, state that she knows that Ms Giuffre is an “absolute total liar” and that she thinks the accusations stem from Ms Giuffre.

Maxwell told lawyers that she didn’t know if Epstein was convicted of offences related to underage girls, despite his 2008 conviction being for ‘procuring an underage girl for prostitution’.