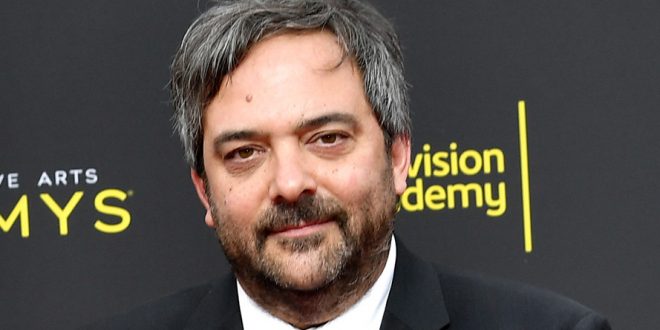 Adam Schlesinger, the co-founder and frontman for the alternative-rock band Fountains of Wayne, has died from complications of COVID-19. He was 52.

The musician was hospitalized more than a week ago in upstate New York after falling ill, according to his lawyer Jaime Herman. Just one day ago, his family released a statement to Yahoo Entertainment saying they were “cautiously optimistic” for his recovery.

“Thank you for the outpouring of love for Adam and his family. Adam has been hospitalized with COVID-19. He’s on a ventilator and has been sedated to facilitate his recovery. He is receiving excellent care, his condition is improving and we are cautiously optimistic. His family appreciates all of the love and support.”

But Schlesinger’s prognosis worsened. Another of his attorneys, Josh Grier, told Variety, which first reported the singer’s death, that Schlesinger was “very sick and heavily sedated.”

While Schlesinger became famous for Fountains of Wayne hits like MTV staple “Stacy’s Mom,” which he co-wrote with Chris Collingwood, and recorded five albums with the New York-based band, he was also a prolific composer for TV and film and a sought-after music producer.

Schlesinger’s songwriting earned him three Emmy Awards and a Grammy — as well as Academy Award, Golden Globe and Tony nominations.

Schlesinger and Rachel Bloom collaborated on the music in her popular CW show Crazy Ex-Girlfriend — for which he served as series composer. He won an Emmy, with Bloom and fellow lyricist Jack Dolgen, in September.

Prior to that, he won two other Emmys for original music he made for the Tony Awards in 2013 and 2012.

Schlesinger also wrote the music for Kathy Griffin’s talk show, and the comedian paid tribute to him upon hearing the tragic news, as did other collaborators like Jimmy Kimmel and Fran Drescher.

Schlesinger’s Grammy win was in 2009 for Best Comedy Album for A Colbert Christmas: The Greatest Gift of All!, which he helped compose for Stephen Colbert — though he also received two nominations in 2003 for his work with Fountains of Wayne.

Schlesinger also wrote the music for Tom Hanks’s directorial debut, 1996’s That Thing You Do!, for which the musician earned his Academy Award and Golden Globe nominations for the title track. Hanks tweeted how “terribly sad” he was of the news and said his production company, Playtone, wouldn’t exist were it not for Schelsinger’s Beatlesque earworm:

Previous Pence says US coronavirus outbreak ‘most comparable’ to Italy
Next Coronavirus: Why there have been so few deaths in Hong Kong