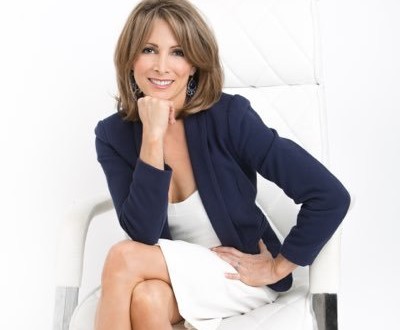 As a teenager, Shannon Miller was one of the most decorated gymnasts in U.S. Olympic history.

Chris Herren played professional basketball before he nearly lost everything as result of substance abuse.

Miller and Herren will join each other this summer as keynote speakers for the 24th annual Rotary Club of Tulsa’s Henry P. Iba Citizen Athlete Awards.

The event is June 26 at the Hard Rock Hotel & Casino Tulsa.

“It is an honor, privilege and responsibility that I never take lightly,” said Herren, who does 250 speaking engagements a year at schools and even for professional sports teams.

Herren, 41, was a high school basketball star in his native Massachusetts. He scored more than 2,000 points while at Durfee High School in Fall River and was named a McDonald’s All-American.

Following college at Boston College and Fresno State, he fulfilled his lifelong dream by playing for the Boston Celtics in 2000. He later played for the Denver Nuggets before playing in five countries through 2006.

Along the way, Herren struggled with substance abuse for a 10-year period, he said.

“I had low moments every day,” Herren said. “When you take a pill that could kill you or stick a needle in your arm every day for 10 years, that’s a pretty low moment.”

Herren eventually got help and has been alcohol and drug-free since 2008.

“I never really understood recovery, sobriety,” he said, “until I saw the effect it had on my children and family. Then I saw the miracle of recovery.”

He has spent nearly a decade as a motivational speaker, sharing his story that has resonated with thousands over the years.

“It’s much bigger than substance abuse,” Herren said. “I try to make it very relatable. I’m not trying to scare them. I’m trying to get them to understand who they are.”

With ties to Edmond, Miller was the first female recipient of the Henry P. Iba Citizen Athlete Award in 1994.

Miller, 39, still remains the most decorated Olympic gymnast in American history with seven medals. She has been inducted into the U.S. Olympic Hall of Fame on two occasions for team and individual accomplishments.

“It’s an amazing honor to be recognized now after being the first female recipient years ago,” Miller said.

Though she won 108 career medals and was a part of the famed “Magnificent Seven” during the 1996 Olympics, gymnastics, in the beginning, was something to keep her active as a child, Miller said.

“I fell into the sport,” she said. “My parents just wanted me to stop jumping on the furniture.”

By age 12, she remarkably finished third at the 1989 Olympic Festival, which was a competition designed to showcase rising talent.

Miller later became successful in international meets in Europe by scoring a pair of perfect 10s as a 14-year-old.

But Miller said she never grasped the enormity of her feats. She simply wanted to get better, regardless of whether she won a medal, even at the height of her career.

“I always focused on improving. I challenged myself to do that, whether I scored a perfect 10 during a routine or not,” she said.

After her decorated career, Miller ventured into business, launching a health and fitness company for women to empower themselves through healthy lifestyles.

In 2011, Miller was diagnosed with ovarian cancer. It was the first time in her life that she wasn’t in control of the outcome.

Miller kept a positive attitude during her bout with the illness, setting and trying to reach physical goals while undergoing treatment.

With aggressive treatment, Miller is now cancer-free, and is an advocate for awareness and early detection.

She said she learned to “stop and smell the roses” during that trying time.

“I learned to enjoy the moment,” Miller said. “I learned through my spiritual faith to just take one day at a time.”