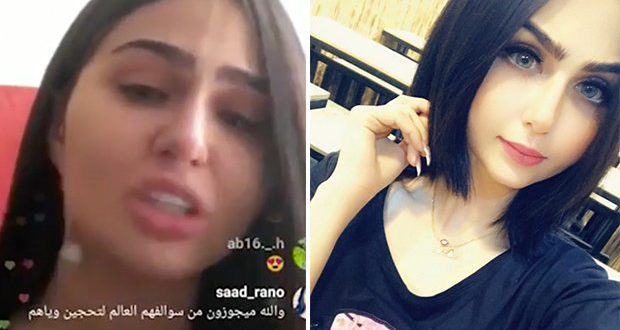 Shimaa Qasim is a former Miss Iraq and current model and Instagram star with 2.7 million followers. The 2015 beauty queen also claims to be the most recent target of a reign of terror apparently being waged against Westernized women in the Middle Eastern country.

A horrified and distraught Qasim, 25, revealed in a live Instagram video on Sunday that she had received a terrifying text message telling her “you’re next.” The text was most likely referring to four assassinations of high-profile Iraqi women that have occurred since August.

Iraqi beauty queen Tara al-Fares was 22 when she was fatally shot three times while sitting in her car in the Kam Sara neighborhood of Baghdad on Sept. 28, according to theGuardian. Al-Fares had won the title of Miss Baghdad several years back and was the first runner-up in the Miss Iraq pageant.

A divorced single mother who was often photographed in tight clothing and full makeup, al-Fares was not a typical Iraqi woman. Many lived vicariously through her, the Guardianreports. Just before her death, she had been bombarded with online harassment from Islamic people who resented her “perceived lack of modesty,” according to Fox News.

On Sept. 25, women’s rights activist Suad al-Ali was murdered in the southern city of Basra as she walked to her car. She was also 22. In August, Iraqi beautician Rasha al-Hassan and plastic surgeon Rafif al-Yasiri, 32 — called the “Barbie of Iraq” — were killed one week apart. Both had been outspoken about their missions to help women look and feel beautiful, according to the Guardian.

The killing spree has understandably created a state of panic among Iraqis — especially young, prominent women with Westernized aesthetics — and prompted Iraq’s prime minister, Haider al-Abadi, to declare that the deaths could not have been random and that the murderers would be apprehended.

Though none of the victims knew each other personally — including Qasim — they all share similar qualities. Aside from being prominent female figures in Iraq, they also challenge the very conservative ideas about beauty, sexuality, and independence that are part of the foundation of Iraqi culture. For this reason, some have suggested that the women’s ways of life were reckless, according to the Guardian.

A woman associated with one of the victims even came forward to say that she’s been receiving anonymous text messages in support of the murders — which makes Qasim’s recent message all the more unnerving.

The rampage comes at a complicated time for Iraq. It’s been 15 years since the U.S. invaded the country, with supporters of the war predicting that it would lead to more civic liberties. But society does not change on a dime, and the women of Iraq seem to be living in a kind of limbo where some feel free to experiment with individuality, while the culture still largely condemns such behavior.

Zainab Salbi, an Iraqi who leads the institute Women for Women International in Washington, D.C., said, “Women are being hit left, right, and center. Everywhere. We are living in the modern witch hunt,” according to the Guardian. Baghdad university student Sura Ahmed noted that it’s not just individuals being targeted, but also controversial public places like brothels and nightclubs, where “untraditional women” are found. 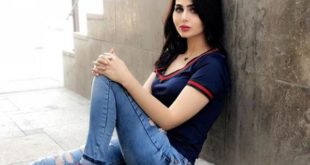