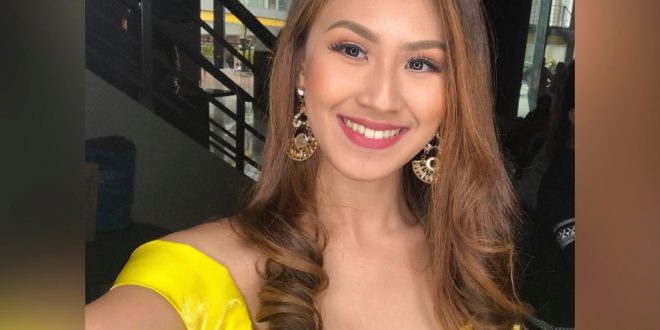 A Philippine Airlines flight attendant died after being raped at a New Year’s Eve party — and all of the 11 men who were with her have been charged with her rape and homicide, it was revealed Tuesday.

Christine Angelica Dacera, 23, was found unconscious in the empty bathtub of her room at the City Garden Grand Hotel in Makati City early Jan. 1, The Philippine Daily Inquirer said.

Friends and hotel staff raced the Filipino stewardess to a nearby hospital, where she was later pronounced dead, officials told the paper.

She initially appeared to have died from an aneurysm but police said she also had “lacerations and sperm in her genitalia” as well as scratches on her arms and legs.

Makati City police on Monday filed a provisional charge of rape with homicide against 11 men who were with her during the party, the paper said. The charges are provisional as officials still await results final autopsy and toxicology results.

Three of the suspects were arrested while the others were still being hunted, Makati City police chief Col. Harold Deposita told the Daily Inquirer.

“Only three of them were Dacera’s friends. The others were practically strangers to her, as they were only known to her three friends,” the police chief said.

He told CNN Philippines that the suspects had “conflicting” stories — with some even saying they were gay.

But the police chief insisted that everyone in the room was equally responsible for refusing to stop the fatal rape of Dacera, who was from neighboring South Cotabato.

“They just let it happen. They could have stopped it,” he told Balitaan, according to CNN. “This is a classic example that an act of one is an act of all.”

The police chief insisted that “force” would still be to blame even if further tests confirm she had an aneurysm.

“For sure, there was force on the body. Those contusions, abrasions, that laceration … that’s not normal in intercourse,” he told CNN.

Dacera was a flight attendant for Philippine Airlines (PAL) Express, which said it “mourns the tragic death.”

“Our desire is for the truth to come out in the interest of justice,” the company told the paper Tuesday.

Her mother, Sharon Dacera, appealed to President Rodrigo Duterte, saying her daughter had been “treated like a pig” in the “barbaric” crime.

“Christine does not deserve this brutality … they need to be punished,” the grieving mom said, according to the Daily Inquirer.

A lawyer for the family, Jose Ledda, denied that the stewardess would have died from drunken, consensual sex.

“If that was consensual, or voluntary, why isn’t Christine here to answer your questions?” he told CNN.

Officials also revealed that they are investigating the City Garden Grand Hotel, which was designated as a quarantine hotel that was barred from allowing guests to have parties, CNN said.

The Tourism Department wrote threatening to suspend the hotel’s accreditation unless it could provide an adequate explanation in three days, according to a letter obtained by the outlet.

Previous Kim Kardashian and Kanye West are getting a divorce
Next Rihanna wears $1,860 heels designed by boyfriend A$AP Rocky