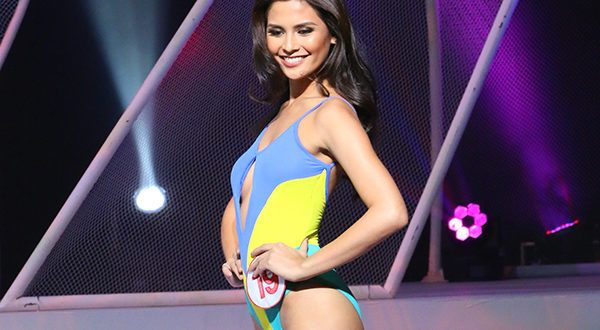 The father of a former Miss World Philippines has died after reportedly shooting himself in a police station while being held amid President Rodrigo Duterte’s brutal crackdown on illegal drugs.

Edmundo Parungao allegedly took his own life in Solano, northern Philippines, after being detained on suspicion of drugs-related charges last Tuesday (18 April).

Police say the 46-year-old was in a police station when he grabbed a Glock 9mm pistol from an officer and shot himself in the mouth. He was said to have been uncuffed moments before having complained of chest pains.

Parungao’s grief-stricken daughter, a 26-year-old TV presenter who was crowned Miss World Philippines in 2015, said she didn’t believe her father had taken his own life – suggesting he could have been just the latest victim of Duterte’s bloody “war on drugs”.

“He died at the supposedly safest place in town,” Hillarie Parungao told a news conference on Tuesday, adding that her father’s supposed suicide was “improbable and hard to believe”.

She went on to claim her father lost P300,000 (£4,700) in cash when he was arrested and that the police did not provide her family with copies of the forensic and ballistic tests results relating to the alleged suicide.

Parungao is to file criminal and administrative complaints against Solano police for the death, the Philippine Daily Inquirer reported.

The beauty queen had acknowledged her father was previously a drug user but had been rehabilitated. She said he surrendered to police last week to clear his name and show proof that he was clean, the GMA news network reported.

Paying tribute to her father on her Facebook page, Parungao wrote: “I’m broken, I will always be, and no one or nothing can ever mend my heart.”

She went on to credit her father with launching her modelling career as he used to ask for her photos when he was working in Taiwan.

It comes as a Philippine lawyer on Monday filed a complaint at the International Criminal Court (ICC) accusing President Duterte and 11 senior government officials of crimes against humanity and mass murder stretching over the past three decades.

It says the killing of more than 9,400 people began in 1988 when Duterte was mayor of the south Philippines city of Davao. It says it continued throughout his presidency, during which he has waged a bloody “war on drugs”.

“Immediately after taking his oath as president, he launched a virulent and brutal national campaign against illegal drugs, more popularly called ‘war on drugs,’ that has resulted in a national bloodbath in a scale never seen before in recent history,” states the 77-page complaint, which was filed by Jude Josue Sabio.

A lawyer for Duterte dismissed the allegations as false, saying they are a politically motivated attempt to defame the president.

Human Rights Watch says Duterte’s war on drugs has left more than 7,000 dead since he came to power in June last year, many of whom are thought to be suspected low-level dealers and alleged addicts.