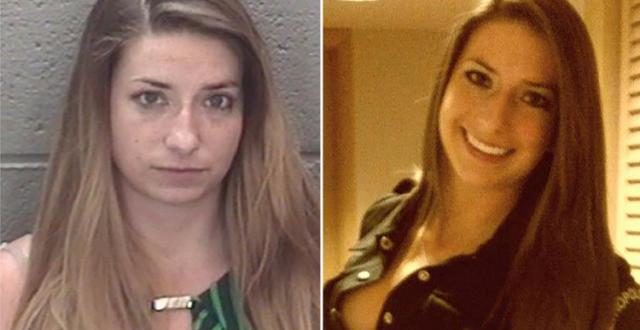 Erin Elizabeth McAuliffe, 25, is scheduled to make her first court appearance on Monday in Nash County District Court on three counts of sexual activity with a student and one count of indecent liberties with a minor, WNCN reports.

McAuliffe, a former math teacher at Rocky Mount Preparatory School, was last employed at the school on May 4 — one day before local police were notified by school staffers of the allegations. Police have said the alleged acts took place off-campus and involved two 17-year-old students and one 16-year-old student.

“We have been fully cooperative with local law enforcement during the course of their handling of this matter,” school officials said in a statement.

McAuliffe was released from the Carteret County Jail after posting $20,000 bond, WNCN reports.

A former student who graduated from the high school last year said he was outraged by the allegations.

“It’s very shocking and appalling that a person would do that with a student,” Dayvon Steel told WNCN.

A phone listing for McAuliffe has been disconnected, WITN reports. It’s unclear whether she’s hired an attorney.

McAuliffe, according to her LinkedIn profile, graduated from Methodist University with a bachelor’s degree in mathematics. 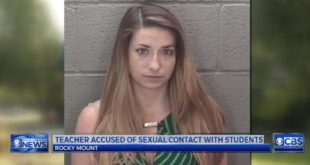