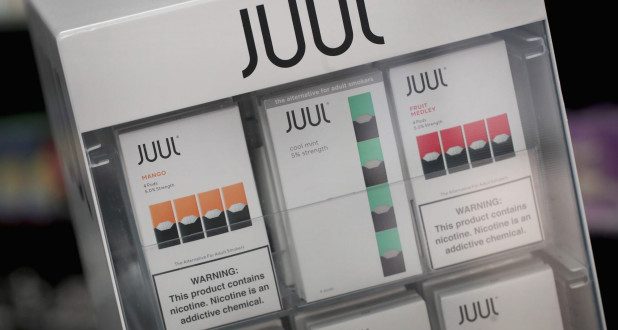 Juul Labs has cut its valuation to about $10 billion from $12 billion at the end of last year, according to a company memo seen by Reuters on Thursday, as the once red-hot e-cigarette maker fizzles in a tumultuous period for the industry.

Juul was valued at $38 billion in December 2018, when Marlboro maker Altria Group took a 35 percent stake in the company.

The company’s new valuation was influenced by recent decisions to exit certain markets and related restructuring costs, according to the memo sent to Juul employees by Chief Executive Officer K.C. Crosthwaite.

“Today’s valuation does not surprise me, and I expect other investors to also arrive at lower valuation marks that factor in our recent restructuring,” he said.

Juul has been pummeled over the last two years due to increased regulatory scrutiny following a rise in teenage vaping and a ban on the sale of popular flavors have hit demand.

In September, the company said it would make a significant cut to its global workforce and explore pulling out of some European and Asia-Pacific markets to save cash.