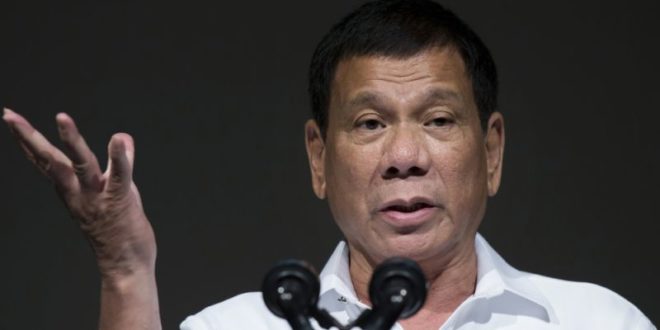 Philippine President Rodrigo Duterte stepped up his attacks against the Roman Catholic Church on Saturday, telling its leaders to clean up their ranks instead of meddling in how he runs the country as he cast doubt on Jesus and the Holy Trinity.

“To the priests, don’t meddle too much,” Duterte said in the southern Philippine province of Cotabato where he gave out land titles to farmers. The Catholic Church “has to correct itself before it can” criticize. “If not, I will really be their enemy and I will continue to attack them.”

In June, the firebrand leader called God “stupid” and questioned the Bible’s story of creation as he attacked bishops who have been critical of his anti-drug campaign, which has led to the deaths of thousands. The president’s popularity fell to a record low after the comments.

On Saturday, Duterte said that if he was Jesus Christ, who Christians believe is God and part of the Holy Trinity, he wouldn’t let himself be crucified and instead would order lightning to strike to free him from the cross. There is only one God and that is the Father, Duterte said.

The comment risks undermining his popularity in a nation where Catholics make up 80 percent of the population.

–With assistance from Andreo Calonzo.

To contact the reporter on this story: Cecilia Yap in Manila at cyap19@bloomberg.net

To contact the editors responsible for this story: Stanley James at sjames8@bloomberg.net, Steve Geimann