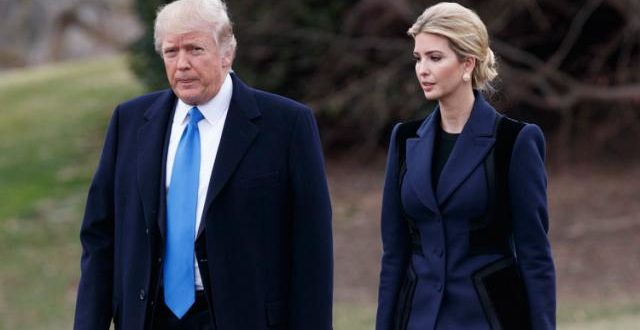 Donald Trump’s brand may not be quite the golden goose he claims. Sears and Kmart announced Saturday they would be dropping 31 items from the Trump Home products line from their online stores.

Sears Holding Corp., which owns both Sears and Kmart, noted the items weren’t selling well, which ultimately factored into its decision, ABC News reported. The companies only offer Trump Home online, and a spokesman for the struggling corporation said they would instead concentrate on the most profitable items.

Outside of his brand, Trump has an association with the organization thanks to his pick for Secretary of the Treasury, Steven Mnuchin. He served on the Sears Holding Corp. board for over 11 years, but stepped down in December, according to the Associated Press.

Sears and Kmart are the latest retailers to drop a product line associated with the Trump family. Nordstrom and Neiman Marcus stopped carrying Ivanka Trump’s fashion line in early February, stating that her clothing and shoes were not selling well. The brand disputed the claim, but Nordstrom stuck by it. “Over the past year, and particularly in the last half of 2016, sales of the brand have steadily declined to the point where it didn’t make good business sense for us to continue with the line for now,” the company said in a statement issued Saturday.

Thanks in part to the #GrabYourWallet campaign, Nordstrom’s left-leaning customer base may have played a role in the company’s decision to part ways with Ivanka. A Meet the Press segment detailed how the company and its offset Nordstrom Rack is in on the top ten places where liberals shop. After Trump had tweeted that Nordstrom had treated his daughter “unfairly,” website traffic surged by 28%, and its stock rose. Sears and Kmart may not pull from the same liberal customer base, but if they’re feeling the burn by associating with Trump, it shows his brand is powerful. Just not in the way he might think.

Previous Jennifer Lopez Gets Real: “Our Voices Are Needed More Than Ever”
Next Burlington Removes Ivanka Trump’s Collection From Its Site