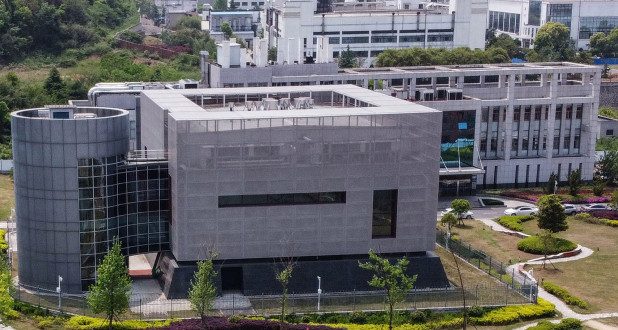 Director of Wuhan lab denies coronavirus escaped from his facility

The director of a lab studying the coronavirus in Wuhan — the Chinese city where the global outbreak is believed to have originated — denied that the bug accidentally spread from his facility.

“There’s no way this virus came from us,” Yuan Zhiming, director of the Wuhan Institute of Virology, told state media on Saturday.

Yuan’s denial came days after a fresh round of reports suggesting the novel coronavirus escaped from the Wuhan Institute or another similar laboratory miles away in the Chinese city.

President Trump was asked about the possibility at a White House press briefing last Wednesday and said the US was investigating the origins.

“More and more we’re hearing the story … we are doing a very thorough examination of this horrible situation,” the president said.

Two reports — one by Fox News and another in the Washington Post — followed, quoting anonymous sources raising concerns that the virus may have accidentally escaped from the facility.

Yuan admitted that the lab is studying “different areas related to the coronavirus,” but told the English-language state broadcaster CGTN that none of his staff has been infected.

“As people who carry out viral studies we clearly know what kind of research is going on at the institute and how the institute manages viruses and samples,” he said.

He said that since the lab is in Wuhan “people can’t help but make associations”, but claimed that some media outlets are “deliberately trying to mislead people”.

But officials in the past have raised concerns over the safety conditions of the Wuhan Institute of Virology.

The first cable warned the experiments conducted in the lab on coronavirus in bats “represented a risk of a new SARS-like pandemic,” according to the report.

The cable, written by two US-China embassy officials, said there is a “serious shortage of appropriately trained technicians and investigators needed to safely operate this high-containment laboratory,” according to the report.

RELATED:  How to make homemade hand sanitizer amid coronavirus-induced shortage