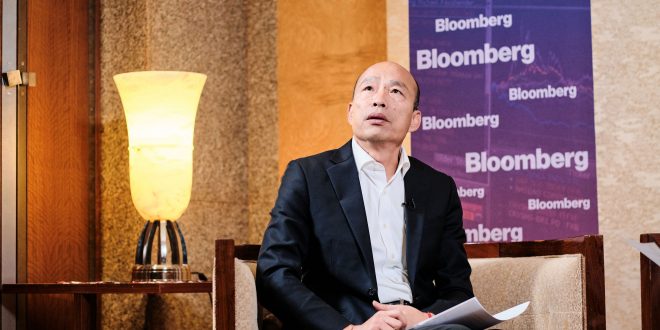 The candidate representing Taiwan’s China-friendly opposition party in January’s presidential race called for free elections in Hong Kong, as the city continued to be roiled by some of the most severe protests in its history.

Speaking in an interview on Thursday in Taipei, Kuomintang candidate Han Kuo-yu urged China to grant universal suffrage to Hong Kong by allowing democratic votes for the city’s legislators and chief executive, who are currently chosen through a complex process effectively controlled by Beijing. While the independence sought by some protesters will never be tolerated by China, Han said many of the city’s problems would be solved if China would abide by the concept of “Hong Kong people ruling Hong Kong.”

The unrest in Hong Kong, which has been effectively shut down for a fourth straight day, has become a closely watched issue in the run-up to Taiwan’s Jan. 11 presidential election. Polls show pro-independence President Tsai Ing-wen with a commanding lead in the race, a bounce that coincided with her vocal support of pro-democracy protesters who began hitting the streets in early June to oppose Beijing’s tightening grip over the city.

China and the Beijing-backed administration in Hong Kong has refused to meet a demand by protesters to nominate and elect their own leaders. The standoff has left the city paralyzed by increasingly violent demonstrations.

While Han has moderated some of his pro-China stances as the violence in Hong Kong continues, the two candidates remain sharply divided over Taiwan’s future.

Tsai has refused to rule out a formal declaration of independence, a prospect many Taiwanese would view as simply an acknowledgment of reality — but which Beijing deems unacceptable. She has also used the protests to argue that Taiwan’s democracy could never survive integration with the mainland, and that it should deepen its relationship with “like-minded nations” such as the U.S. instead.

Han warned in the interview that whatever the opinion of Taiwan’s public, its leaders must proceed cautiously. Officially declaring independence is a “red line” for Beijing, he said, adding that it could lead to an outright war. Instead, Han said he supports an indefinite extension of the status quo: informal economic and political ties with China, but within a context of official disagreement over Taiwan’s status.

“If the 23 milllion people of Taiwan came to a consensus and voted for independence in a referendum, they would have to deal with the military and political consequences,” Han said in the interview. “You can’t avoid it. We don’t have any resources. We have nothing.”

In a January speech Chinese president Xi Jinping declared that its “one country, two systems” governing model, which grants limited autonomy under the umbrella of mainland control, is the only future arrangement the Communist Party views as acceptable for Taiwan. He also said Taiwan “must and will be” reunited with China, and that he would “reserve the option of taking all necessary measures” to head off what the mainland government considers separatism.

Han, whose KMT party is the modern incarnation of the nationalist government that ruled China until 1949, said he believes he still has a strong chance of victory.

“Many polls are questionable,” he said, and may be used “as a tool to influence voters, to influence people’s judgment.” Tsai leads Han by about 15 percentage points, according to an Apple Daily opinion poll published Tuesday.

The U.S.-China trade war, and efforts by the Trump administration to decouple the U.S. technology industry from the world’s second-largest economy, have created uncertainty for Taiwanese companies that specialize in linking Chinese factories to Silicon Valley giants. Companies, including Hon Hai Precision Industry Co., the main assembler of Apple Inc.’s iPhones and iPads, are investing billions of dollars relocating production out of China to Taiwan and Southeast Asia in order to avoid U.S. tariffs.

To prosper amid the U.S.-China turmoil, Han said Taiwan should attempt to create free-trade zones in the southern cities of Taichung and Kaohshiung, where he serves as mayor. He also opened the door to legalizing gambling if he’s elected, suggesting Taiwan could join Hong Kong in allowing betting on horse racing, and suggested starting a NT$10 trillion sovereign wealth fund.

“Singapore and Abu Dhabi have sovereign wealth funds,” he said. “The Republic of China can have one too.” 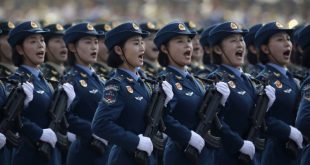