Breaking News
Home / News / “In the darkest of days, real heroes appear”: Nurses and doctors ran from nearby hospital to help save lives in London terror attack 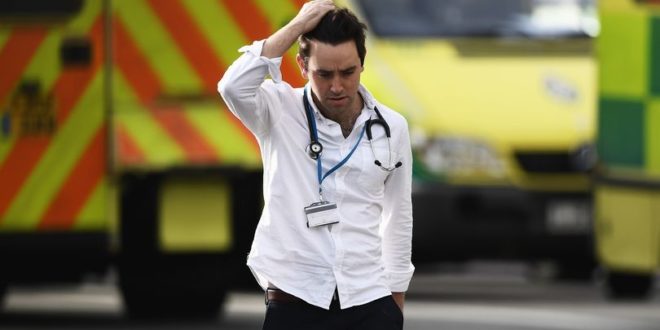 “In the darkest of days, real heroes appear”: Nurses and doctors ran from nearby hospital to help save lives in London terror attack

Hero doctors and nurses ran from a nearby hospital to help the injured after a terrorist mowed down pedestrians on Westminster Bridge in London today.

NHS staff at St Thomas’ Hospital, which is adjacent to the bridge, fled from their workstations without hesitation – not knowing whether there was danger ahead and if they were risking their own lives.

Images taken at the scene of the attack show hospital staff attending to casualties, nurses piling up blankets to distribute to those involved in the attack and, in one particularly haunting image, a medic clutching his head in despair.

Tonight, it is these helpers who are most playing on people’s minds – not the terrorist who committed the attack. 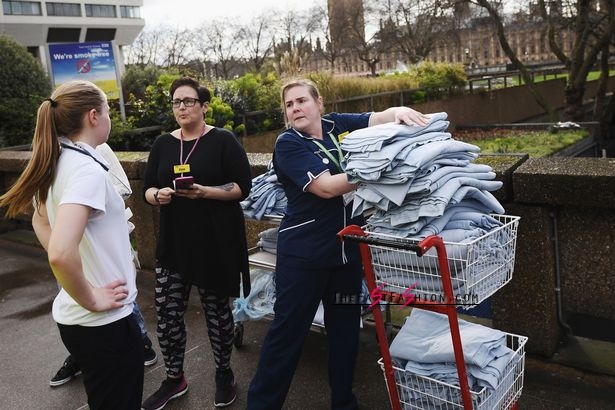 They have been described as ‘real heroes’, selflessly risking their own safety to save the lives of others.

As one person rather eloquently put it on social media: “In the darkest of days, hundreds of heroes appear”.

So much respect for the doctors and paramedics who ran into danger to help. Real heroes #Westminster #Parliament #PrayForLondon

Kudos to the doctors & nurses who ran to #Westminster bridge to save lives of those injured. Our emergency services esp Police did us proud.

Others said that these acts of heroism are “what makes our great nation so unique.”

Leanne Fluke wrote in an NHS Facebook group: “Watching our ladies and gents doing what they do best during the ongoing incidents in London right now. 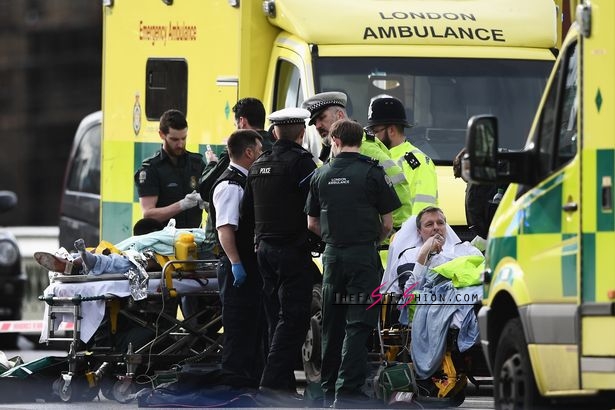 “Proud to work within the family that is the NHS.
Stay safe everyone x”

Our thoughts to everyone in London. In the darkest of days hundreds of heroes appear… Doctors, Nurses and Police. #Heroes #Westminster

#Westminster Drs.and Nurses of our #NHS running to the bridge to help the injured and dying. This is what makes this great nation so unique

#Westminster What an inspiration from our NHS nurses & doctors today..running frm St. Thomas towards the bridge to give aid to those in need

It is just feet away from Westminster Bridge, where a terrorist used a car to mow down pedestrians on the pavement earlier this afternoon in an incident police are classing as terrorism.

A police officer was then attacked outside the Houses of Parliament and later died after receiving ‘knife-related injuries’.

The attacker was shot and later died. Two other people also died from their injuries and more were injured.

Police are conducting an ongoing investigation into the day’s events. 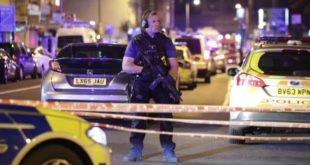 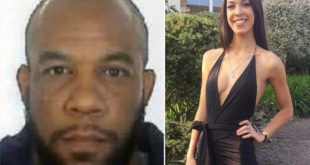 Parliament attacker’s daughter is a rebel who defied him