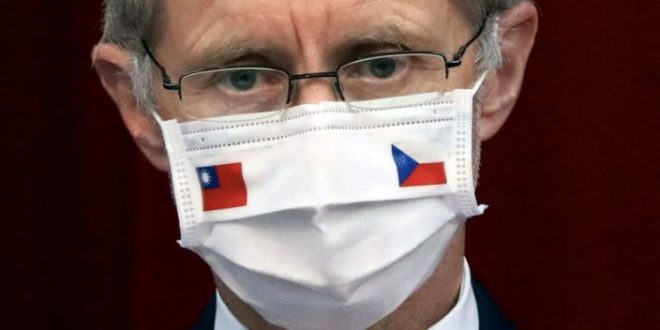 President Milos Zeman sought on Sunday to defuse a row with China over a visit by the head of the Czech Senate to Taiwan, calling the speaker’s trip a “boyish provocation”.

Senate speaker Milos Vystrcil grabbed headlines last week when he told Taiwan’s parliament “I am a Taiwanese” in a speech that echoed the late U.S. President John F. Kennedy’s defiance of communism in Berlin in 1963.

Vystrcil’s trip did not have the backing of the Czech government, which sets foreign policy, and angered China, which said the Czech speaker would “pay a heavy price” for visiting the democratic island it sees as its own territory.

Zeman has sought closer business and political ties with China since taking office in 2013, but his efforts have been hit by failed investment plans and have divided politicians.

Zeman said in an interview on broadcaster Prima on Sunday he would stop inviting Vystrcil to meetings of the state’s top foreign policy officials and said his trip could be damaging for firms but that China’s comments were exaggerated.

“I consider it boyish provocation,” Zeman said of the trip.

Prime Minister Andrej Babis said later on the same debate show he would fight to prevent fallout for Czech companies.

The Czech Republic, like most countries, has no formal diplomatic ties with Taiwan although Taiwan is a large investor in the country.

Many Czech companies operate in or export to China, the world’s second-largest economy. The richest Czech Petr Kellner’s Home Credit is a major consumer lender in China while the country is also the largest single market for Skoda Auto, the Czech car unit of Volkswagen.