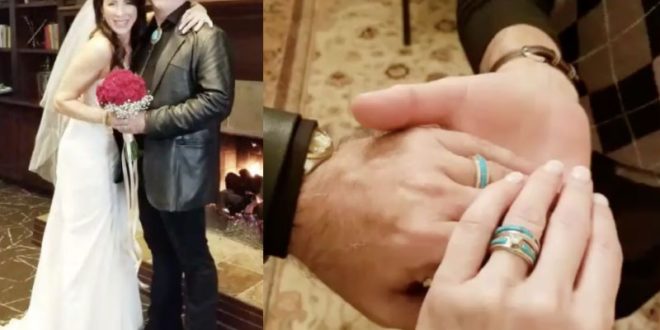 A couple from New Mexico was in Washington D.C., when they went to the marriage bureau to apply for a marriage license. Little did they know that while in the country’s capital they would run into the issue of having to prove that their home state actually existed.

Gavin Clarkson, who recently ran for New Mexico Secretary of State, took to his Facebook to share the ordeal that he had just faced at the D.C. district court. Within the post he said that an agent told him, “We cannot accept international driver’s licenses,” after checking twice with the supervisor if New Mexico was a legitimate state.

“The new Mrs. Clarkson thinks the most hilarious part was when the clerk complemented me on my English,” he wrote, adding that his wife, Marina, actually immigrated from Argentina in 1994 before gaining citizenship 14 years later.

The two of them were luckily able to handle the situation with a sense of humor and eventually worked it all out with the clerk after about 20 minutes.

“All the couples behind us waiting in line were laughing,” he told Las Cruces Sun News.

Director of media and public relations for D.C. Courts, Leah H. Gurowitz, additionally provided an apology to the publication: “We understand that a clerk in our Marriage Bureau made a mistake regarding New Mexico’s 106-year history as a state. We very much regret the error and the slight delay it caused a New Mexico resident in applying for a DC marriage license.”

For Clarkson, it was proof that the state he’s called home for 12 years really is “flyover country” that is often forgotten by others. And although he hasn’t run into this type of situation before, he is far from the first person who has. In fact, New Mexico Magazine has an entire column called “One of Our 50 is Missing” where residents share similar situations of being from a lost state.