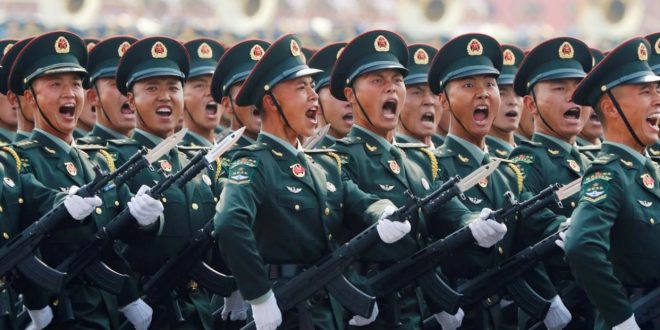 It’s easier to start a war than to end a war, as many a nation has learned to its cost. That’s particularly true with China. In 1937, Japan tried to conquer China: eight years later, when Japan surrendered, it was still trying. By late 1951, the Korean War had degenerated into a stalemate, and still China battled UN troops while the negotiations at Panmunjon dragged on.

So if a U.S.-China war happened today, how would it end? Once China goes to war, it may not be in a hurry for the conflict to end, according to one China expert.

“In general, China’s approach to diplomacy, escalation, and mediation created obstacles to conflict resolution,” writes Oriana Skylar Mastro, a professor of security studies at Georgetown University, in a post on the Lawfare blog.

Mastro argues that wars are more likely to end when three conditions are present: the foes are willing to talk, they are willing to de-escalate the violence to induce negotiations, and are open to third-party mediation.

The problem is that Communist China has not embraced these conditions during its previous conflicts. In terms of wartime diplomacy, “China was willing to open communication channels in the initial stages of conflict only with weaker parties,” Mastro writes. “Otherwise, China cut off communications and delayed talking until it had demonstrated sufficient toughness through fighting.”

China has also preferred to escalate rather than de-escalate in the expectation that “heavy escalation would ensure a short conflict that ended on China’s terms.” As for mediation by third parties, “because China specifically involved them to pressure the adversary on China’s behalf and not to act as genuine mediators, the Chinese internationalization of disputes did not lead to swift resolution.”