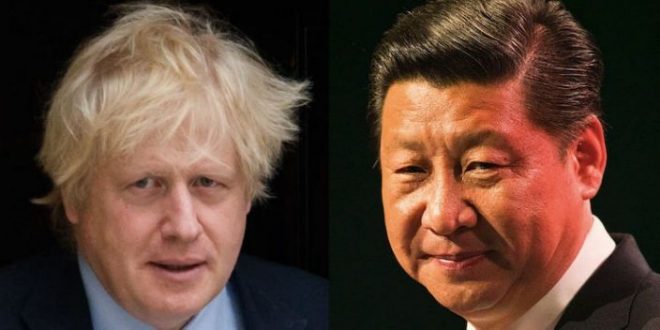 China on Wednesday told Britain to “step back from the brink” and “stop interfering” in China’s affairs after Prime Minister Boris Johnson said he would offer 3 million Hong Kong citizens the right to come live in the UK.

Johnson had said earlier that he would have “no choice” but to offer UK visas to millions of Hong Kong residents if China pushed ahead with national-security legislation that critics fear would remove freedoms in the semiautonomous region.

Writing in The Times of London, the prime minister said the legislation would “dramatically erode” the autonomy of Hong Kong, which enjoys judicial and political independence from mainland China.

He said that if China were to enact the law, he would offer a 12-month extendable visa to all Hong Kong citizens eligible to apply for a British national overseas passport — some 3 million people. That went significantly further than the UK government’s suggestion last week that it would extend visa rights to the about 350,000 holders of the passports.

“Today about 350,000 people hold British Nationals (Overseas) passports and another 2.5 million people would be eligible to apply for them. At present these passports allow for visa-free access for up to six months,” Johnson said.

“If China imposes its national security law, the British government will change its immigration rules and allow any holder of these passports from Hong Kong to come to the UK for a renewable period of 12 months and be given further immigration rights including the right to work which would place them on the route to citizenship.”

He said the move would be “one of the biggest changes to our visa system in history,” adding that “if it proves necessary Britain will take this step and take it willingly.”

China hit back, telling Johnson that his intervention would “backfire.”

“We advise the UK to step back from the brink, abandon their Cold War mentality and colonial mindset, and recognise and respect the fact that Hong Kong has returned” to China, Zhao Lijian, a Chinese foreign ministry spokesman, said at a briefing, according to Agence France-Presse.

Zhao added that London must “immediately stop interfering in Hong Kong’s affairs and China’s internal affairs, or this will definitely backfire,” according to AFP.

Johnson’s spokesman responded: “As the PM said Britain wants nothing more than for Hong Kong to succeed under ‘one country, two systems.’

“If China proceeds with this security legislation, this would be in direct conflict with its obligations under the joint declaration, a legally binding treaty registered with the United Nations.

“Britain would then have no choice but to uphold our profound ties of history and friendship with the people of Hong Kong.”

The UK has asked other close allies to consider offering residency to Hong Kong citizens if they flee.

Dominic Raab, the foreign secretary, told the House of Commons on Tuesday that he had invited the so-called Five Eyes intelligence-sharing nations — the UK, Australia, New Zealand, the United States, and Canada — to offer visas to Hong Kong residents.

RELATED:  The US and China are breaking up. The only question now is how ugly it will get.

He said he brought up the possibility of “burden-sharing if we see a mass exodus from Hong Kong,” The Sydney Morning Herald reported. Raab said that while he didn’t think that was likely, “we’re on the case diplomatically.”

Previous The U.K. Is On a Collision Course With China
Next The lying about Donald Trump is now completely out of control 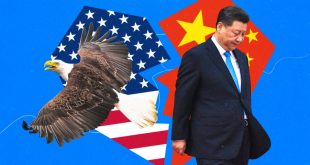 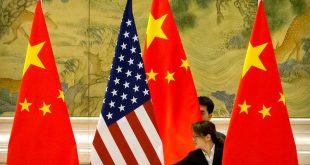 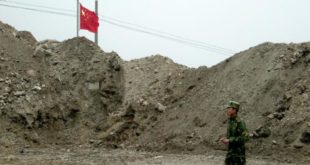