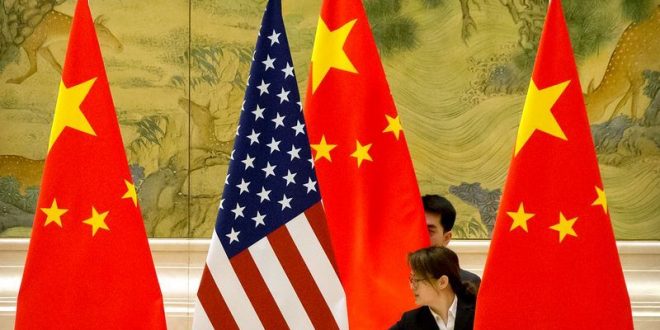 China says hopes it can reach trade agreement with U.S. as soon as possible

China said on Monday that it hoped to make a trade deal with the United States as soon as possible, amid intense discussions before fresh U.S. tariffs on Chinese imports are due to kick in at the end of the week.

Beijing hopes it can reach a trade agreement with the United States that satisfies both sides, Assistant Commerce Minister Ren Hongbin told reporters on Monday.

“On the question of China-U.S. trade talks and negotiations, we wish that both sides can, on the foundation of equality and mutual respect, push forward negotiations, and in consideration of each others’ core interests, reach an agreement that satisfies all sides as soon as possible,” Ren said.

China and the United States are negotiating a so-called “phase one” deal aimed at de-escalating their prolonged trade dispute, but it is unclear whether such an agreement can be reached in the near term.

Washington’s next round of tariffs against Chinese goods are scheduled to take effect on Dec. 15.

China has demanded that some of the existing U.S. tariffs imposed on about $375 billion worth of its exports be removed, in addition to cancellation of the Dec. 15 tariffs on some $156 billion of its remaining exports to the United States.

White House economic adviser Larry Kudlow said on Friday that the two sides had talked almost daily, but there were currently no plans for face-to-face talks or a signing ceremony between Trump and Chinese President Xi Jinping.

With less than a week to go before the deadline amid “intense” negotiations, Kudlow said Trump would make the final decision on the tariffs, which would hit Chinese-made cellphones, laptop computers, toys and clothing.

“We’ll have to see, but right now we’re moving along,” Trump said last week. “On December 15th, something could happen, but we are not discussing that yet. We are having very good discussions with China, however.”