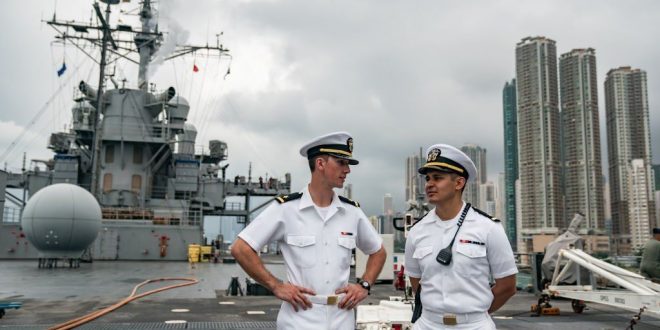 China retaliated against the US on Monday by suspending US Navy port visits to Hong Kong — but China in fact had already been rejecting port-call requests from the US for months, the US Pacific Fleet told Insider.

In response to President Donald Trump signing a bill supporting human rights in Hong Kong, the Chinese Ministry of Foreign Affairs announced Monday that China had decided to suspend the process of reviewing requests for US military vessels and aircraft to visit Hong Kong.

A US official told Insider that the move was most likely more significant diplomatically than operationally, adding that the US Navy had other options to make port besides Hong Kong.

China’s decision to suspend US Navy port calls to Hong Kong over what Beijing characterized as “unreasonable” and “serious interference in China’s internal affairs” appears to be a largely symbolic gesture of China’s dissatisfaction with US behavior rather than a meaningful punishment.

China has been rejecting US Navy port calls left and right over the past few months, often without explanation.

RELATED:  Iran has found a new way to mess with the US Navy

China has, according to the Pacific Fleet, rejected six US Navy port visit requests for Hong Kong in the past six months. The USS Green Bay was scheduled to make port in August, the USS Lake Erie in September, the USS Patriot and the USS Warrior in October, the USS Milius in November, and the USS Gabrielle Giffords in December. The most recent US Navy port call to Hong Kong was made by the USS Blue Ridge, the 7th Fleet command ship, in April.

Beijing also rejected a US Navy port-call request for Qingdao, turning away the USS McCampbell in August.

The city of Hong Kong has been in turmoil for the better part of the year as pro-democracy protests rage across the city.

After Trump signed into law the Hong Kong Human Rights and Democracy Act last week, Beijing warned that it would “take strong countermeasures in response to the US behavior that interferes in China’s internal affairs and undermines China’s interests.”

In addition to suspending port visits to Hong Kong, China has also decided to sanction various nongovernmental organizations the country’s government has accused of fueling the unrest in the Chinese city.

Update: US Pacific Fleet said Monday that China had denied seven port visit requests for Hong Kong in the past six months. The number should be six, not seven, PACFLEET clarified Tuesday. One ship, the USS McCampbell, was turned away from Qingdao, not Hong Kong.

Previous Hong Kong was most visited city of 2019
Next Sydney Blancha: 10 Hottest Photos on Internet 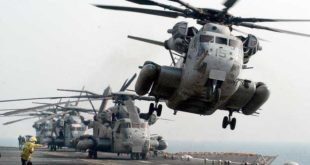