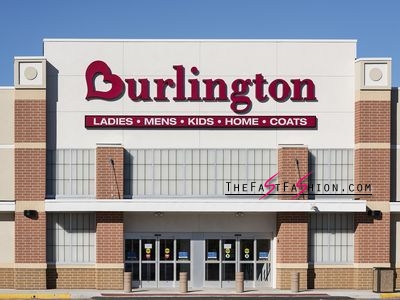 Another retailer jumps into the fray.

Ivanka Trump’s online presence continues to dwindle; Burlington is the latest company to remove her collection from their website.

Over the weekend, all Ivanka Trump products disappeared from the New Jersey-based off-price retailer’s website. According to calculations from the #GrabYourWallet boycott, Burlington wasn’t carrying too many products to begin with — 18 as of November 23rd, 16 as of December 10th, and 13 as of February 7th. But the e-commerce site is now down to none, and like Nordstrom, Neiman Marcus, Sears, and Belk, which have also dropped the line, if you search for Ivanka Trump on the site, no results turn up.

Racked has reached out to Burlington for an explanation about the label disappearing from its site, and to find out if it is removing the products from its stores as well.

While their statement might mention something about “optimizing its assortment,” or “refreshing its product offering,” blaming the move on poor performance might be the safest bet. It’s the stance Nordstrom is taking, regardless of the fact that Ivanka Trump’s brand told Racked last week that its 2016 revenue was up 21 percent from the previous year. According to internal Nordstrom data obtained by the Wall Street Journal over the weekend, sales of the Ivanka Trump fashion line fell 32 percent at Nordstrom in the last fiscal year; footwear and apparel sales was down to $14.3 million, from the $20.9 million sales it brought in the previous year.

Burlington’s move comes after employees at off-price retailers T.J. Maxx and Marshall’s have been told to mix the Ivanka Trump label into the racks and toss the brand’s signage into the trash. As CNBC reported last month, Burlington is in a position to come ahead of the department store carnage; as Macy’s prepares to close over 60 stores this year, shoppers in the neighborhood are expected to head to Burlington instead, since 47 Burlington stores are located within a five mile radius of a Macy’s.

But shoppers seeking Ivanka’s line will have to stick to Macy’s, since its one of the few retailers that hasn’t budged on the Trump train — not yet, at least.