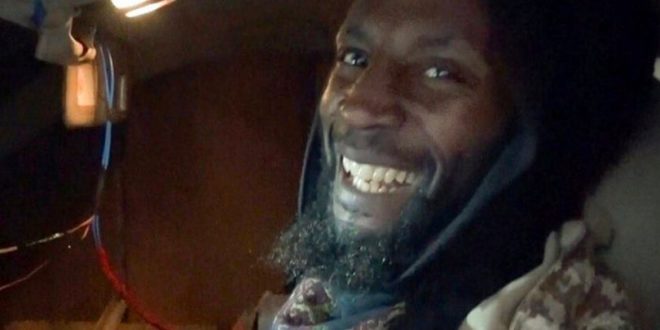 Abu Zakariya al-Britani, formerly known as Ronald Fiddler from Manchester, blew himself up in an attack two days ago

The British ISIS fighter who carried out a suicide bombing in Iraq was a former Guantanamo Bay detainee who won £1million for his ‘mistreatment’.

Two days ago the Islamic State praised Abu-Zakariya al-Britani, after blowing up a vehicle at an Iraqi army base in Tal Gaysum, south-west of Mosul, where Iraqi forces are battling the terror group for control of the city.

Before converting to Islam in his 20s, it is understood he was known as Ronald Fiddler.

Initially, he used the name Jamal al-Harith before then changing it again to al-Britani.

His brother Leon Jameson told The Times that Fiddler had “wasted his life.”

The 50-year-old, originally from Manchester, was seized by US forces in Afghanistan before being sent to Guantanamo Bay in 2002.

He was released two years later after the British government campaigned for his release as al-Britani claimed his innocence.

On his return to the UK, he launched a compensation claim on the grounds British agents knew or were complicit in his mistreatment and was handed up to £1million of taxpayers’ money to stay silent.

But it emerged that, despite security services being fully aware of his previous detention, he was able to escape the UK 18 months ago to fight with ISIS in Syria.

Pictures online show al-Britani grinning next to what appears to be wires connected to a red-buttoned detonator.

RELATED:  US to ISIS bride: You are not a citizen and deserve nothing

ISIS said he was one of two militants involved in the attack on a Shiite army outpost.

Islamic State registration papers signed by Fiddler in April 2014 when he crossed into Syria from Turkey have recently been discovered.

The forms stated he volunteered to be a fighter, saying his knowledge of Islam was basic.

ISIS claimed his attack, during an ongoing battle for control of the city, caused multiple casualties.

According to figures published by the UK government last year, about 850 people regarded as a national security concern have gone to become fighters in the Middle East.

Of those, just under half have returned to the UK and approximately 120 are dead.

Tens of thousands of Iraqi forces launched a massive offensive on October 17 to retake the city, which is Iraq’s second largest and the only remaining major stronghold of the jihadists in the country.

They retook control of the eastern side of Mosul last month.

IS fighters of a variety of nationalities, including Britons, have carried out suicide attacks on many occasions in Iraq and Syria in the past three years.

Previous A Model Risked Her Life and Broke the Law, All for a Photo Shoot
Next Video: YouTube star ‘has sex with best mate’s sister’ in brutal prank – and pal goes predictably nuts 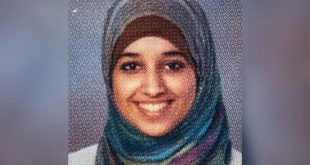 US to ISIS bride: You are not a citizen and deserve nothing