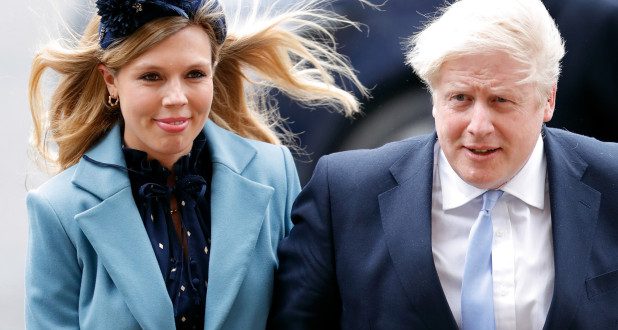 British Prime Minister Boris Johnson was rushed into the intensive care unit in a London hospital Monday evening after his coronavirus symptoms worsened, his office said — and he has asked the foreign secretary to stand in for him.

“Since Sunday evening, the prime minister has been under the care of doctors at St. Thomas’ Hospital, in London, after being admitted with persistent symptoms of coronavirus,” a statement from Johnson’s office said.

“Over the course of this afternoon, the condition of the prime minister has worsened and, on the advice of his medical team, he has been moved to the intensive care unit at the hospital,” it continued.

“The PM is receiving excellent care, and thanks all NHS staff for their hard work and dedication.”

Johnson was said to be conscious but was moved to the ICU in case he needed to be placed on a ventilator.

Johnson asked Foreign Secretary Dominic Raab to stand in for him while he remains in the ICU.

Raab later told the BBC there was an “incredibly strong team spirit” behind the prime minister and that the government would focus on delivering the plans he put in place to fight the pandemic.

He also said that Johnson was “receiving excellent care” from the hospital staff and NHS.

President Trump wished Johnson well and said the US would help the UK as needed.

“I want to send best wishes to a very good friend of mine and affront to our nation, Prime Minister Boris Johnson. He has been a really good friend, something very special. Strong, resolute, does not quit, does not give up,” the president said at the White House during the daily briefing of the Coronavirus Task Force.

Chancellor of the Exchequer Rishi Sunak said his thoughts were with Johnson and his pregnant partner, Carrie Symonds, and that the prime minister would “come out of this even stronger,” while Labour leader Sir Keir Starmer described it as “terribly sad news,” the BBC reported.

“My thoughts are with Boris Johnson and his family tonight. Thanks to the #NHS staff for their hard work and dedication,” he tweeted.

Raab had said earlier Monday that Johnson was resting comfortably in the hospital, the day after he was admitted for stubborn coronavirus symptoms.

“This was a precautionary step. The prime minister continues to have persistent symptoms. He had a comfortable night in hospital, and is in good spirits. He continues to lead the government,” Raab told reporters from 10 Downing St. in London during a briefing on the spreading pandemic.

Pressed by reporters about whether it would be better for Johnson to rest instead of continuing to run the government from the hospital, Raab said Johnson was following his doctors’ advice.

“He’s in charge but he’ll continue to take [his] doctor’s advice,” the foreign secretary said.

Raab also reported that 51,608 Britons had tested positive and that 5,373 had died in the pandemic, and said it was essential for people to stay at home to save lives and ensure that the National Health Service does not become overwhelmed with new cases.

Asked about lockdown measures in place and when they could be lifted, Dame Angela McLean, a mathematical biology professor in the Department of Zoology at the University of Oxford and the chief scientific adviser to the country’s Ministry of Defense, said officials need more data on the virus’ spread.

“It is too early to tell yet. We need people to carry on following those instructions so we can work out three weeks later what happens in hospital,” she said.

Raab stressed that “every arm of government is doing everything we possibly can to defeat the coronavirus,” and praised the doctors and nurses on the front lines as well as the grocery workers and truck drivers manning shops and delivering goods.

Johnson, 55, tested positive for COVID-19, and was admitted to the hospital Sunday. He has been isolating after being diagnosed with coronavirus 10 days ago.

He has been self-quarantining separately from his pregnant girlfriend, who said Saturday she was “on the mend” after suffering symptoms over the past week.