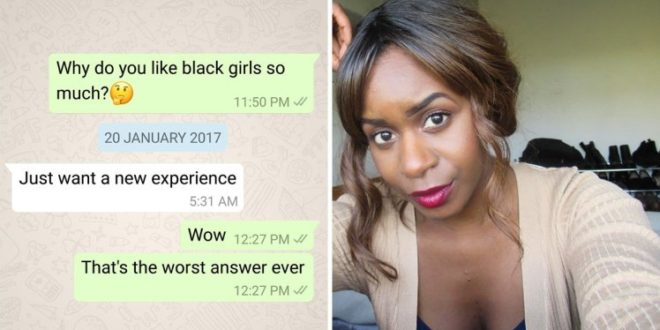 Plenty of women of colour will tell you that they’ve had close encounters with white guys simply want to tick another race off their sexual bucket list.

Most of us sigh and move on.

But one black Irish blogger isn’t standing for it anymore.

She joined dating site Plenty of Fish to try and find ‘something serious’ – but has since been forced to delete the app after discovering that many of the guys on it just wanted to see what it’s like to have sex with a black woman. 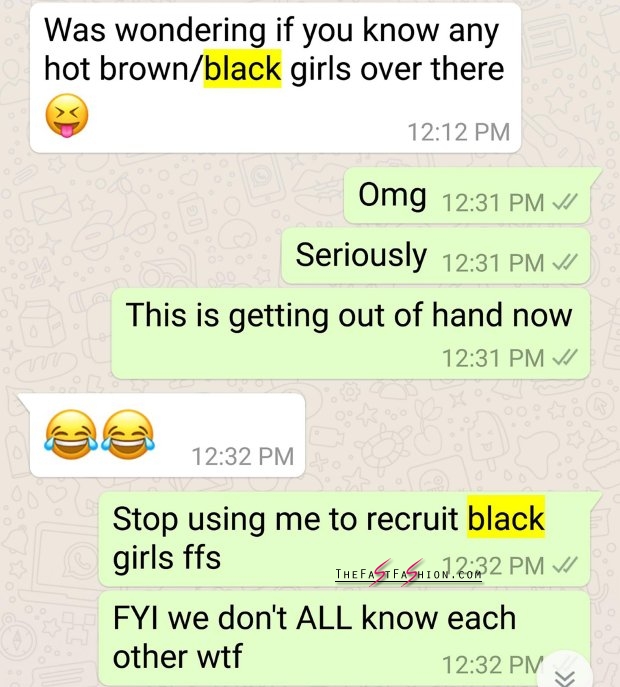 ‘I have been in Ireland for 19 years and I’ve been trying to find men who don’t look at me and just see the fact I’m black,’ Filomena says.

‘I want them to look at me as a whole person. 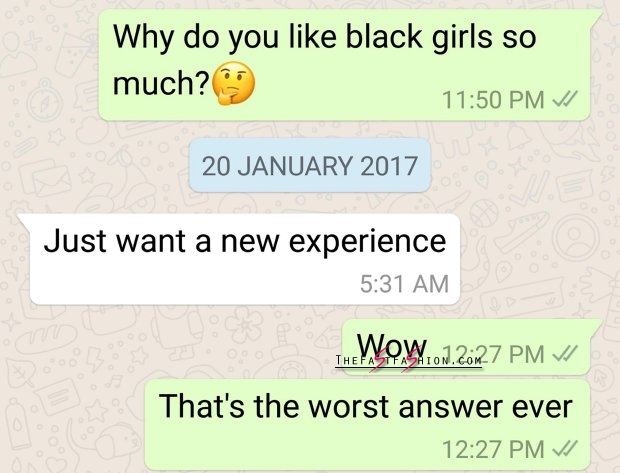 ‘I’ve noticed that Irish men fetishise black women. I think this is because in Ireland interracial relationships aren’t as common as other places.’

She says that the reason many men approach her is because sex with a black woman is seen as something new – unlike men in places like London or New York. 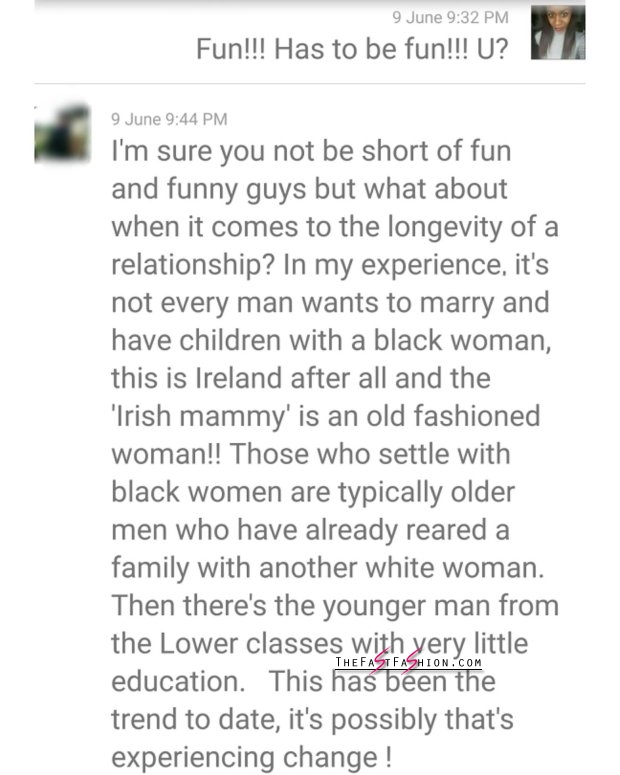 ‘It’s about being looked at (as a black woman), as just a statistic or something to tick off a bucket list’.

So, Filomena has taken to social media to pen an open letter to the men of Ireland:

There’s more to us than the body that you have unjustly exotified because you refuse to look at what we can offer you intellectually.

We have depth. We have character. We have value. So please stop sexualising us.

I’m more than just my race. I’m fun and intelligent and like to have a laugh.

To me, commenting on my race as if it is relevant at all is devaluing and demoralising.

This kind of attitude is incredibly dangerous.

Over the last few months, since I downloaded Plenty of Fish, Tinder and OK Cupid, I’ve been experiencing this kind of attitude.

Men will talk to me and say they think I’m beautiful and sexy, but it’s almost always because of my race.

I’ve had it from a number of people – maybe seven or eight out of 10 men will comment on the fact I’m black. It’s a very high number.

Usually, men will comment on my race within five minutes of speaking to me.

I was on Plenty of Fish for ages and ages and I know people have met serious boyfriends on there, but anyone can talk to you and it wasn’t working for me.

I had previously been completely against Tinder because of a misconception that it was for just sex.

But in Tinder you can be more specific and make clear what your intention is. You can pick people who want similar things to you.

As time passed, ‘wants to date’ changed to ‘wants something serious’ but even when I did that and changed my pictures, I was still getting that sort of messages about my race.

I guess I got to a stage where I thought maybe I’ll just give up. The online world is hopefully different to the real world.

I’m very much an online person because of my work, but I’m not that extreme – I do go out and socialise.

I went out a few months ago with my friends and we were speaking to some men in a bar.

We were talking about where we were from and one man just said ‘she’s coloured’.

Who even says that anymore? I thought people knew that wasn’t something that you said.

I have been blogging for quite a while and one woman got in contact with me after this video to say she had experienced the same thing.

This isn’t just black women though – it’s Asian women too. It’s not just me experiencing this.

Because of my experiences with dating in the past, it’s coloured all the interactions I’m going to have with men in the future.”

Previous Rickie Fowler: 17 Hottest Photos On The Internet
Next Marnie Simpson strips off and bares her boobs in Geordie Shore after Chloe Ferry sex confession