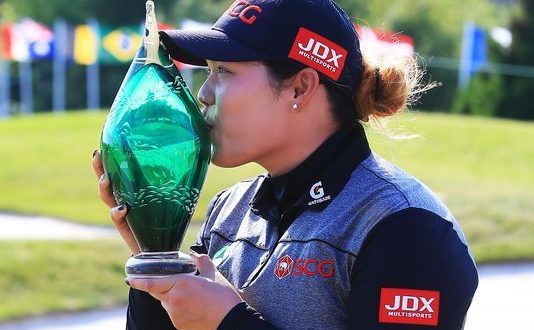 CAMBRIDGE, Ontario (AP) — Ariya Jutanugarn of Thailand won the Manulife LPGA Classic on Sunday with a birdie on the first playoff hole to beat American Lexi Thompson and South Korea’s In Gee Chun.

Jutanugarn’s drive found the long grass on the side of the par-4 No. 18, but she recovered with an approach shot that left her pin-high. She calmly made a 25-footer for the victory.

Thompson, who started the day with a one-shot lead, led by four shots at the turn but stumbled on the back nine with four bogeys. She three-putted from 35 feet on the 18th and missed a four-footer that could have given her the victory.

Jodi Ewart Shadoff of England (69) was one shot back in fourth place. South Korea’s Mi Hyang Lee (68) and Laura Gonzalez Escallon of Belgium (67) were at 14 under.