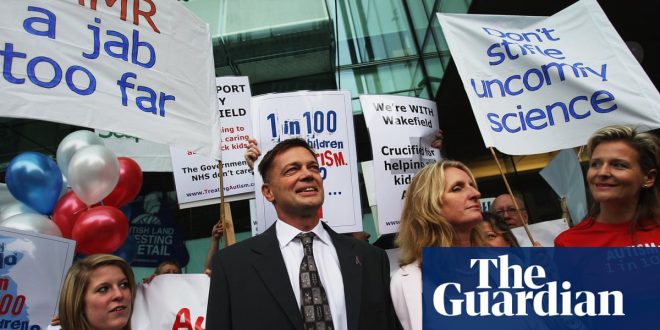 The protest Friday in Sacramento urging California’s governor to reopen the state resembled the rallies that have appeared elsewhere in the country, with crowds flocking to the state Capitol, pressing leaders to undo restrictions on businesses and daily life.

But the organizers were not militia members, restaurant owners or prominent conservative operatives. They were some of the loudest anti-vaccination activists in the country.

The people behind the rally are founders of a group, the Freedom Angels Foundation, which is best known in California for its opposition to state efforts to mandate vaccinations. And the protest was the latest example of the overlapping interests that have connected a range of groups — including Tea Party activists and armed militia groups — to oppose the measures that governors have taken to stop the spread of the coronavirus.

Activists known for their opposition to vaccines have also been involved in protests in New York, Colorado and Texas, where they have found an audience for their arguments for personal freedom and their suspicion of government. But their growing presence at the protests worries public health experts who fear that their messaging could harm the United States’ ability to turn a corner following the pandemic if Americans do not accept a future vaccine.

“One of the things that we’re finding is that the rhetoric is pretty similar between the anti-vaxxers and those demanding to reopen,” said Dr. Rupali Limaye, who studies behavior around vaccines at Johns Hopkins University. “What we hear a lot of is ‘individual self-management’ — this idea that they should be in control of making decisions, that they can decide what science is correct and incorrect, and that they know what’s best for their child.”

Heidi Muñoz Gleisner, one of the three women who hosted the rally in Sacramento on Friday and were arrested by the police, said the stay-at-home orders that are expiring in many states had mobilized people who span a variety of groups focused on individual liberty.

“My hope and prayer is that all Americans stand up and take notice that they have to be actively engaged with their government,” Muñoz Gleisner said Saturday when she returned to the Capitol grounds to let her son play in the grass. “From Day 1, it’s been difficult that we’re always castigated as anti-vaccine, and these protests are castigated as anti-lockdown. We have always been about freedom.”

In recent years, Muñoz Gleisner and the two other founding members of the Freedom Angels, Denise Aguilar and Tara Thornton, have organized people in California and New Jersey against bills that crack down on nonmedical exemptions for vaccinations and the process by which they’re granted.

Many were galvanized by a 2015 fight over a state bill introduced in response to a measles outbreak at Disneyland.

The proposal dramatically tightened personal and religious exemptions for the vaccination of schoolchildren that had allowed a whole range of Californians to dodge those immunizations.

The law passed but not without energizing a huge anti-vaccination contingent. Mostly women, they demonstrated on the Capitol steps and packed the Capitol hallways and hearing rooms for months. Many brought unvaccinated children.

Late last year, a referendum they sought to put on the ballot against California’s latest vaccine law failed to garner enough signatures. But Muñoz Gleisner said she was hopeful that people who had previously turned away from her group at the mention of vaccinations might now be compelled to listen a bit longer as the group focuses more broadly on issues of individual liberty. The rally Friday, she said, was the largest the group had hosted.

“No longer is it, ‘That’s just a crazy anti-vaxxer — she’s just worried about vaccines,’” Muñoz Gleisner said. “No, this is a nation in distress. If you lead with vaccinations, people have already made their mind up.”

And now their influence in the reopening debate extends beyond California.

In New York, Rita Palma, who runs a blog and seeks to halt mandatory vaccinations, voiced support for the California protest and joined one herself in Albany, where she interviewed protesters and streamed the rally on her Facebook page. And Jonathan Lockwood, a consultant who has worked with conservatives in several states on matters including opposition to the California vaccination bill last year, founded the ReopenAmerica Project, which urges lawmakers to get the country “back up and running.”

“Opening up America again is not a partisan issue, and we need all hands on deck to saving lives and livelihoods,” Lockwood told The Colorado Times Recorder last month. He counts lawmakers in Oregon and Colorado as supporters.

Experts who study the groups tied to the protests say some are united in part by their belief in conspiracy theories, including some that assert dangers in vaccinating children, which the overwhelming majority of American parents do. There is a vast body of evidence that shows conclusively that vaccines for measles and other diseases are safe.

In addition to those who are skeptical of or resistant to vaccinations, the coalition of protesters has included resurrected Tea Party activists, armed militia groups and protesters carrying Confederate battle flags, as well as some merely demanding to open their businesses, according to experts who have been studying the movements.

“There is a tremendous amount of cross-pollinization of ideas as these factions get to know each other,” said Devin Burghart, who runs the Institute for Research and Education on Human Rights, a Seattle-based research center on far-right groups.

For example, an adherent of QAnon, a group of conspiracy theorists, was among the first to spread the canard that Bill Gates, the billionaire founder of Microsoft, was behind the creation and spreading of the virus as a means to grab control over the global health system. People opposing mandatory vaccinations quickly picked up on that theme, and Gates has become a new boogeyman of the far right.

The effect of more people choosing to forgo vaccinations for their children could be devastating for public health during and after the coronavirus pandemic, medical experts say.

Richard Pan, a California state senator and a physician who wrote the bills tightening vaccine laws in the state, said the activists had simply rushed toward the latest opportunity to push their views, which, if implemented, would lead to more people falling ill.

“These groups all ultimately have the same message: We want you to get sick,” Pan said.

Limaye, the scientist, said she and her colleagues who encourage families to vaccinate children have found the presence of vaccination skeptics at protests “terrifying,” not only because it could encourage families to forgo traditional shots but also because it could spell disaster for any future coronavirus vaccine. If the eventual vaccine requires a high level of vaccinations to establish herd immunity, such as with measles, then getting the public to buy in is vital to eliminating the virus.

A coronavirus vaccine’s success “is going to be very dependent on whether the public will accept a vaccine or not, because we need a level of herd immunity to prevent a future outbreak,” Limaye said. “Otherwise it’s just going to continue circulating in the population.”

Previous Asia’s ‘murder hornet’ will arrive on East Coast and is ‘here to stay’: experts
Next Man wears KKK hood while grocery shopping in California 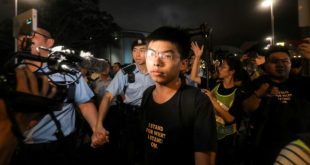 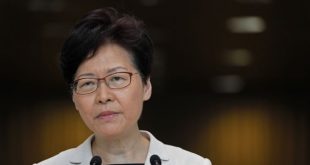