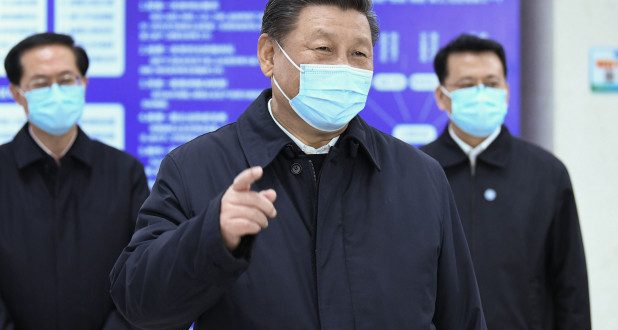 Anti-China sentiment highest since Tiananmen Square in wake of coronavirus

An internal report from the Communist Chinese government said anti-China sentiment is at its highest since the Tiananmen Square crackdown in 1989 because of its handling of the coronavirus pandemic and could jeopardize relations with the US, according to a report on Monday.

The damning report was presented to President Xi Jinping and other top Chinese leaders last month by the Ministry of State Security, Reuters reported.

Because of how it responded to the pandemic, Beijing faces a tsunami of anti-China attitudes led by the US and must prepare itself for an armed confrontation between the two global powers as part of a worst-case scenario, the report warned.

The report cautioned that Washington could increase financial and military support for regional allies.

The report was put together by the China Institutes of Contemporary International Relations, a think tank associated with the Ministry of State Security, Communist China’s top intelligence agency.

Asked about the report, the Chinese foreign ministry spokesperson told Reuters, “I don’t have relevant information.”

President Trump, in an interview with Fox News on Sunday night, said he thinks China made a “horrible mistake” that allowed the coronavirus outbreak to spread globally.

He also said the US government was putting together a “strong” report on how the outbreak started and whether a lab in Wuhan, China, might be involved.

Previous Man wears KKK hood while grocery shopping in California
Next ‘Put on a mask and shut up’: China’s new ‘Wolf Warriors’ spread hoaxes and attack a world of critics