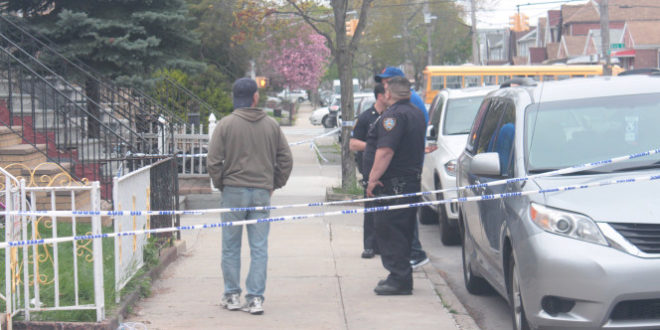 An 8-year-old boy was killed in Brooklyn Thursday when a flower pot fell from the window of his home and landed on his head, sources said.

Little Kevin Reilly was climbing the front wall of his Marine Park home at around 5:30 p.m. when he tried to grab the four-foot long ceramic window flower pot and it collapse, according to law enforcement sources.

“It was a freak accident,” neighbor Tom O’Malley told The Post Thursday night, adding that the respond from swift.

“They were screaming down there. Everyone came racing down: police, fire department, one after another they were flying down my block.”

The boy suffered trauma to the head. He was discovered unconscious and unresponsive by first responders.

Kevin Reilly was take to Coney Island Hospital, where he died.