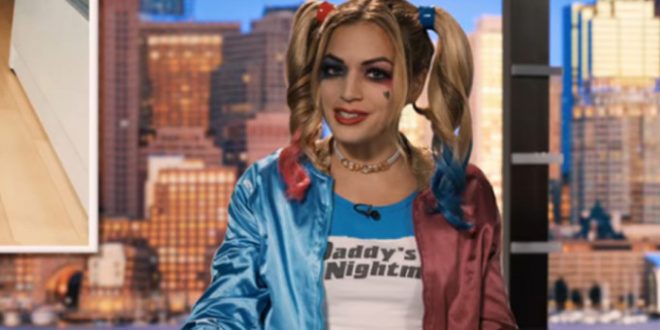 A Boston news anchor was fired for appearing in Adam Sandler’s new Halloween movie, a cameo that inadvertently violated her contract.

Alaina Pinto, a former morning anchor for WHDH, announced Thursday she would no longer be on the air for the station after her appearance in Sandler’s “Hubie Halloween” flick, which was released on Netflix earlier this month.

“Earlier this week I was let go from 7 News,” Pinto tweeted Thursday. “I am posting this because I want to be open and honest with all of you. Last year, I participated in a cameo in the recently released Netflix movie by Adam Sandler, ‘Hubie Halloween.’”

Pinto, who joined the station in 2016, said she “mistakenly violated” her contract by doing so, adding that she understood why management had to cut ties with her after four years.

“I am deeply disappointed and saddened, and I hoped this would not be how things evolved,” Pinto tweeted. “Thanks to all my wonderful 7 News viewers and my supportive and great colleagues at the station.”

Pinto said her reporting job had been an “honor and a privilege” while promising to keep her 13,000 Twitter followers updated on her next career move.

“The future is bright!” Pinto tweeted.

Pinto discusses Salem’s upcoming Halloween festivities during her brief cameo while dressed as DC Comics character Harley Quinn, as well as her colleagues, one of whom is played by Sandler’s wife, Jackie Sandler, according to the report.

“Tracy, you went with Harley Quinn, too?” Pinto’s character asks reporter Tracy Phillips, who was played by Jackie Sandler.

“Sure did, Erin,” Phillips replies. “Only one day a year to show your ex what he’s missing.”

Management at the station did not return a message seeking comment about Pinto’s firing, Boston.com reported.

Prior to joining WHDH, Pinto worked at Fox Local 44 and ABC Local 22 in Burlington, Vermont. She had reportedly been on the air until earlier this month after wrapping up filming for the movie in Massachusetts in August.