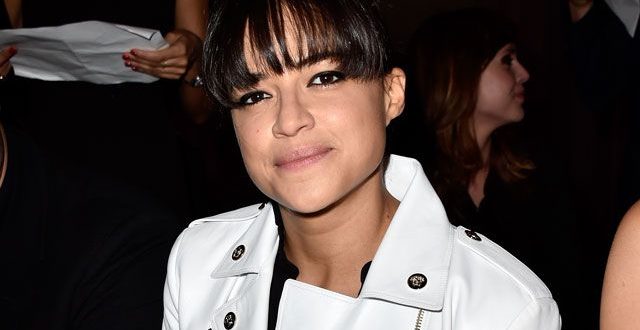 Can you imagine a new Fast & Furious movie without Michelle Rodriguez?

The 38-year-old actress has appeared in the beloved franchise since 2001, but when The Fate of the Furious was digitally released on Tuesday, she took to Instagram to send a clear message about why she may not return for the already announced ninth and tenth installments. As fans of the franchise know, Rodriguez has portrayed the role of Letty in five of the eight films.

“F8 is out digitally today,” Rodriguez captioned a collage of behind-the-scenes pics snapped on set. “I hope they decide to show some love to the women of the franchise on the next one. Or I just might have to say goodbye to a loved franchise.”

“It’s been a good ride & I’m grateful for the opportunity the fans & studio have provided over the years,” she continued. “One Love.”

RELATED:  Michelle Rodriguez: 19 Hottest Photos Of ‘The Fate of the Furious’ Actress

Fans were quick to comment on the post, with many begging her not to leave. Others praised her for her courage to stand up for the “bada** Furious chicks,” writing things like, “You’re right. We need more girl power in Fast 9!! Letty represents that,” “We as fans recognize you as THE ONE and only. You give Fast life, we love you,” and “I have faith that they will, @mrodofficial. I have a strong feeling the next one will hinge on the women to save the day.”

When ET caught up with Rodriguez last September, she had nothing but praise for Fast 8‘s newest female villain, Cipher, portrayed by Charlize Theron. However, even back then she still felt like the franchise needed more women.

RELATED:  Michelle Rodriguez: 19 Hottest Photos Of ‘The Fate of the Furious’ Actress

“Charlize Theron is, I think, the most powerful villain this franchise has ever seen,” she gushed. “In order for me to be a part of the franchise in the future, they need to up the ante on the females. I mean, it’s like a sausage factory in this thing.”

Previous ‘Pretty Little Liars’: What’s Next for the Cast?
Next Mariah Carey Gets Questioned About Ex Fiance James Packer, Gives Best Response Ever 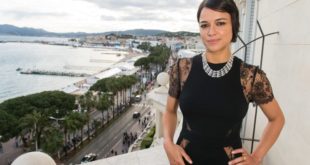 Michelle Rodriguez: 19 Hottest Photos Of ‘The Fate of the Furious’ Actress