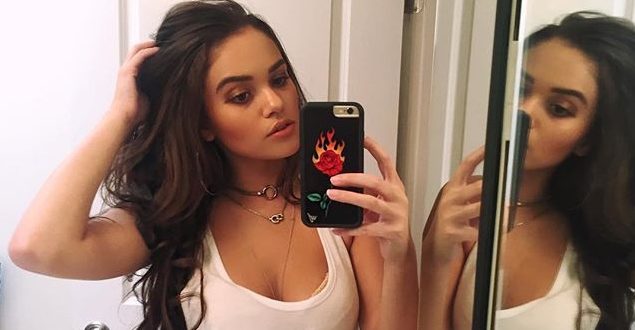 [ngg_images source=”galleries” container_ids=”252″ display_type=”photocrati-nextgen_basic_thumbnails” override_thumbnail_settings=”0″ thumbnail_width=”240″ thumbnail_height=”160″ thumbnail_crop=”1″ images_per_page=”6″ number_of_columns=”0″ ajax_pagination=”1″ show_all_in_lightbox=”1″ use_imagebrowser_effect=”0″ show_slideshow_link=”1″ slideshow_link_text=”[Show slideshow]” order_by=”sortorder” order_direction=”ASC” returns=”included” maximum_entity_count=”500″]But if you’re anything like me, you remember Madison for her performance as Peyton Kelly in The Rock’s 2007 movie The Game Plan. It seems that Madison is now going the Hayden Panettiere route of transforming from a cute kid in a football movie to an absolute babe.

Madison Pettis has been in the news lately for dating Michael Porter Jr. Porter was a high school basketball superstar, who will head to the University of Missouri after being ranked as the #1 recruit in the 2017 class. Porter confirmed that he and Madison Pettis are in a relationship at the McDonald’s All-American Game’s media day. He then went on to score 17 points and earn MVP honors in the game, as he seems to be on a gravy train with biscuit wheels.

Admire Michael’s good fortune by taking a look at Madison Pettis’s hottest photos in the gallery above.