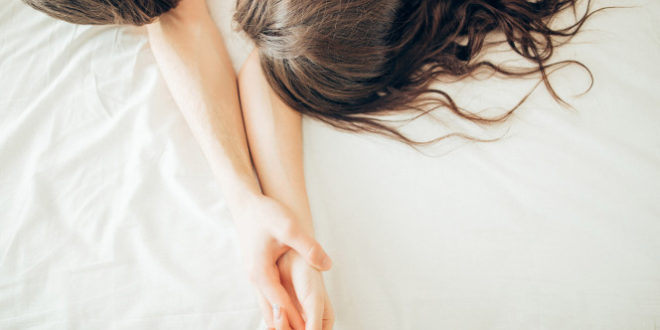 I tried scheduled sex with my ex and it was terrible

Joe re-entered my life at a time where I was having casual sex that was mind-numbingly boring, physically unsatisfying and with people I wasn’t that into. It was the kind of casual sex you have for the sake of exercising your right to have casual sex. Which is to say, subpar.

When I first met Joe years before at college, I developed a severe crush that I struggled to shake. Because Joe is the kind of person everyone conceptualizes as ideal. He’s progressive, so not an a–hole; very intelligent, so can keep up a conversation about any political or philosophical issue that takes your fancy; and endlessly charming. But above all, Joe is pragmatic.

Which maybe helps to explain how we came to a place of having scheduled sex. We’d had the dating and then the break-up and then the sexting, which brings us to the point where it seemed like a good idea for us to start hooking up again.

Putting it in the diary

You might say our crazy plan was doomed from the start, to which I say you are totally correct.

To be fair, in the beginning, having scheduled sex with Joe seemed like the logical solution to my casual sex woes. Here was a regular hookup with someone who I knew would prioritize my pleasure without the hassle of dealing with the bull—- that can come with the casual sex scene. It was also incredibly time-efficient and left me free to pursue other people I was keen on.

The whole situation was utopian — I was a sex genius! Call me Samantha effing Jones! Save for the fact that I was lying to myself about the fact that I probably loved Joe and he would never love me back.

Deep down, I knew it was never going to work. But there’s nothing quite like the validation from people who have a history of rejecting you to force you into making questionable life decisions. Of course, they don’t seem like terrible life decisions until you’re five months deep, having regular, scheduled sex and crying the kind of tears that would give Kim Kardashian a run for her money after you send him a sext and he replies, “good to know.”

Inevitable heartbreak aside, this is how we organized things: We would message each other at the beginning of each week to see what our schedules were like and then pencil in a time that would suit us both to have sex. As part of the agreement, we would prioritize seeing other people, not hook up with each other outside our designated scheduled slot and agreed to keep it only between us. Finally, we decided sleepovers were allowed.

Three weeks into this erotic experiment and after being the person who always had to organize the sex, I decided to silently strike — if he wanted to have sex, he could organize it. When Wednesday night came around and he still hadn’t messaged, I got irritated. I sent a message asking if he wanted to sleep together that week. He replied, yes, and that we should “coordinate at some point.” He ignored my follow-up. After more silence, on Thursday night I asked, “what’s the go?” I got a reply two hours later telling me that he was completely booked up that week, sorry.

This was frustrating considering he’s a master’s student who has more time on his hands than an aging retired bingo player. I expressed my annoyance, he apologized, we shifted gears and agreed on a set day going forward — Wednesday — to eliminate the need to coordinate each week. I put it in the iCal and we forged on ahead.

Unfortunately, poor communication skills weren’t the only issue with this arrangement.

If you agree, as Joe and I did, that we should put seeing people besides each other first, you will need to accept the difficulty when both of you hear about the other person dating new people. You will need to feel comfortable talking about their sex life outside the sex you are having with them. And you will need to be strong enough to field questions from your friends, like, “If he’s dating someone else, does this mean he’s ready for a relationship?,” or “How do you do this, isn’t it hard?”

Because it is hard. Being able to understand on an intellectual level that we’re able to love more than one person at one time doesn’t automatically exclude you from feelings of jealousy and insecurity. In these instances, it’s important to be kind with yourself.

Don’t get me wrong, having scheduled sex with someone who cares about sex being mutually pleasurable has its benefits; you can try things you’ve always wanted to safely, and the sex is better than ever because it’s with someone you’re comfortable telling what you do and don’t like.

There are two potential reasons why I lied to myself for so long about how I felt: 1) It was too painful to admit the truth of this person never feeling the same way as I, or 2) It was too painful to admit I had become the biggest f—ing cliche in the book, having scheduled sex — “friends with benefits” — with someone, secretly hoping it would work out but knowing it never would.

I don’t believe all iterations of consensual non-monogamy are doomed. I believe scheduled sex can work for people where unrequited love isn’t a factor and where effective, honest communication is.

Eventually, I stopped having scheduled sex with Joe after confronting the reality that there are better things I can be doing on my Wednesday nights than having masochistic sex with someone who just isn’t that into me.