Breaking News
Home / Halloween / Halloween Costume / Is this the most terrifying doll ever? Petrifying toy on a trike goes on sale for Halloween 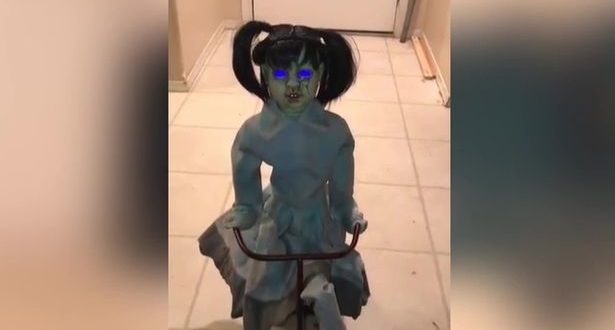 Is this the most terrifying doll ever? Petrifying toy on a trike goes on sale for Halloween

A Halloween doll has been dubbed the ‘most terrifying and grotesque thing’ ever after a video of it moving went viral.

Footage of the must-have decoration has been watched more than seven million times online.

The nightmarish toy is made up of a pale doll with black hair bunches and blue light-up eyes cycling on a wire trike.

But its the noise the petrifying puppet makes that seems to have people truly creeped out.

It slowly peddles around to a ghostly child giggling soundtrack. 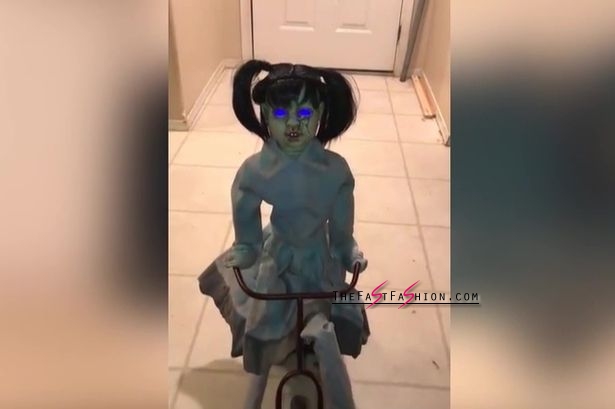 This Halloween doll has been dubbed the ‘most terrifying and grotesque thing’ ever (Image: I love Halloween)

More than 35,000 people have commented on the video, most saying how terror-struck they would be if they ever saw it.

One commenter wrote: “I would kick that thing across the room.”

Another added: “Don’t know what’s scarier the sounds or her legs.”

“I wasn’t expecting to see this old scary doll on a tricycle with glowing blue eyes!

“Now I can’t sleep, for fear I will wake up and she will be in my house! I hate dolls,” said another viewer.

But, the petrifying puppet does not come cheap.

On eBay the ‘haunted house animatronic tricycle doll’ costs $173 or around £135. 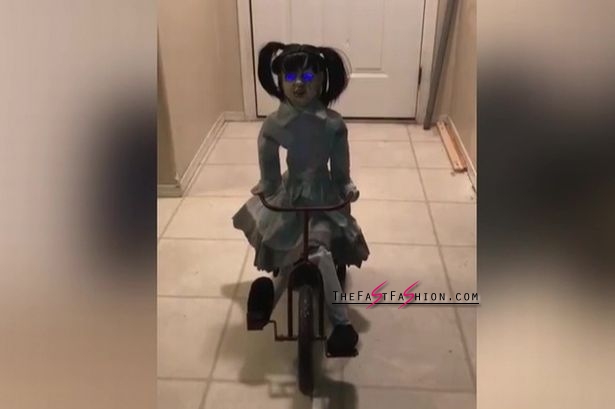 If you are after more relaxing and far cheaper spooky products Lush has unveiled its Halloween collection .

The brand has shot to popularity as of late, thanks to rave reviews on its Sleepy Lotion that ‘cures’ insomnia, and its increasingly wacky and Instagrammable bath bombs (who could have guessed that would be a trend!).

Now the brand has launched its Halloween collection online and in stores, and it’s already selling fast. With standout creations including a pumpkin bath bomb and a cat-shaped bubble bar, it’s no wonder we’ve all got a little excited about it.

f you are interested in picking up decorations that can be used after the October 31 holiday, a brand new shop has opened which specialises in all your supernatural needs.

According to the Grimsby Telegraph, Curious Cobwebs prides itself on being a one-stop shop for all those who dabble in pagan and wiccan practices.

Housed in a building that dates back to 1792 – spookily enough, the same year the last person in Europe was executed for witchcraft – the shop sells broomsticks, crystals, spells, candles and tarot cards, along with home brewed ‘potions’.

Previous Sex, Obsession, and J-Pop: ‘Tokyo Idols’ Examines the Commodification of Young Girls
Next Confusing 4 Face Makeup Tutorial You Can Try This Halloween