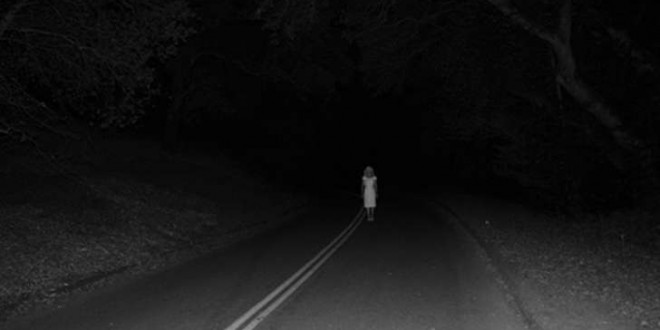 10 Haunted Roads You Should Never, Ever, Drive

On Clinton Road, there have been many reports of phantom headlights. Drivers say that the lights come out of nowhere with each report unable to identify the source of lights.

For years, this road in Scotland has been the scene of numerous reports of paranormal activity. It is actually nicknamed “Ghost Road” because of the hundreds of reports that have been reported there.

A section of Kelly Road in Ohioville, Pennsylvania, known as the “Mystery Mile”, is known for it’s numerous creepy legends and stories. Residents believe that when animals cross this part of the road they become rabid and die. There are also reports of a young, pale boy roaming around the road followed by a white light.

A number of roads in Boone County, Illinois, have a long history of hauntings, particularly the Bloodspoint Road. Other roads that have reported hauntings include Wheeler, Flora Church, Pearl, Poole, Sweeney, Cherry Valley, Stone Quarry, Fairdale, and Irene

These roads are believed to be haunted because of numerous incidents that happened in the past. These events include hangings, suicide, train accidents, and a witch execution.

According to the local legend, a group of boy scouts hiked on this road in the 1950’s. They were all sleeping in their tents when their troop leader murdered them.

Drivers say that the ghosts of the boys can be seen at night. They can be seen walking on the side of the road covered in blood.

On a road in Hornet, Missouri, a strange phenomenon takes places every night. An orb of light, called “The Spooklight”, can be seen floating through the trees along the creepy road.

Although the light is often reported in other various sizes and colors, the source of the mysterious light is still unknown.

Dead Man’s Curve in Clermont County, Ohio, has an extremely dangerous point in part of the road. A very sharp turn that overlooks a large cliff, takes the lives of many people every year. Witnesses claim they see ghosts of various teenagers along the road at night.

Prospector’s Road was a popular spot for gold mining. During the gold rush, thousands of men gathered here to dig for riches. It was also the site of many murders as miners would often kill each other over their findings.

One driver reported to see a man come from the bushes whispering the phrase, “Get off my claim.”

In a park in New Orleans, a man decided to build a statue in memory of his daughter. Over the years, teenagers vandalized the statue and eventually destroyed it. Ever since, her white ghost has been seen approaching passing cars, and scratching the windows of parked cars, all while moaning

Extreme fog and stories of lynching on this road make it even creepier. But that’s not all. A legend of a strange white light can be seen on a road at a place called Lenape Lane. According to the legend, if it turns red while you’re staring at it, you’ll die.

Previous 20 Creepiest Halloween Makeup Ideas
Next These People Walk By This Deserted Park at Night and They Get The Scare of Their Lives!