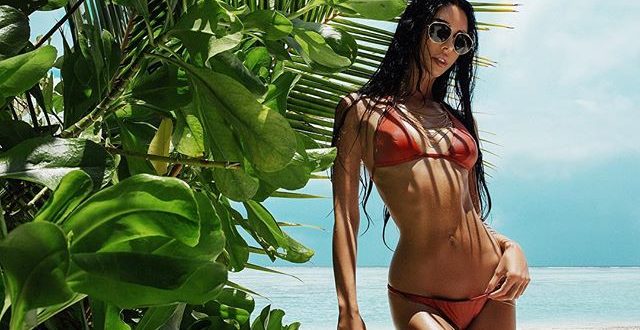 Ksenia Tsaritsina, the 27-year-old model and wife of a billionaire Russian oligarch, flaunted her massive ring which she said contains a 70-carat diamond worth a staggering £7 million.

Tsaritsina is the wife of Russian businessman Aleksey Shapovalov and this week she showed off all of the expensive toys he got her to celebrate their five years of marriage. Alongside the images she explained that normal jewelry just “wasn’t good enough.”

She wrote: “My husband is never too stingy to buy me presents. Now he made a decision that a 30-carate ring is not enough for me.”

The model had previously posted pictures with a large ring that had a heart shaped stone in the center, but that accessory seems to have been replaced with this new one.

Elizabeth Taylor – a woman known for diamonds – had a famously large 30 carat diamond ring (which sold in 2011 for $8.8 million) but according to Cosmopolitan Russia, Ksenia’s husband thought that one like Elizabeth Taylor’s was not big enough for his beloved wife.

The couple split their time between their native Russia and a lavish life in Dubai, where she is often spotted driving around in her Bentley.

“When it comes to my look, I am a perfectionist,” Ksenia said.

“This is why after two pregnancies I want to be better than before them, and definitely not worse. I am a model and I know how important it is to stay in shape.

“If you want to stay fit, you can find a lot of reasons to be.”