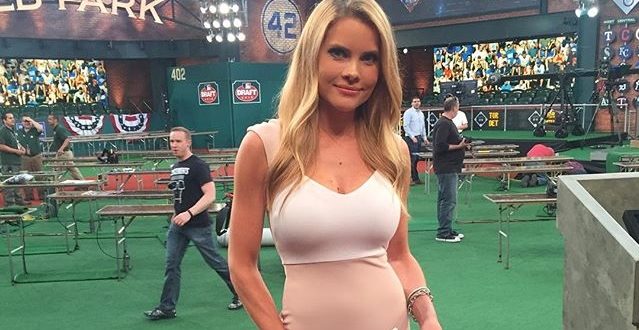 Kelly Nash: 12 Hottest Photos Of The MLB Network (Because Gambling)

You ever catch yourself watching something, and think to yourself, ‘why the hell am I watching this?’ Maybe it’s a so-bad-it’s-good movie for your childhood, maybe it’s an episode of America’s Funniest Home Videos from 2002, but every so often, I’ll have to audibly ask myself what the hell I’m doing as I mindlessly watch some nonsense on the television screen.

I had a moment like that this weekend, as I was watching the MLB Network, looking for highlights of the Colorado Rockies – Cincinnati Reds game which I had bet on (I bet on the Rockies, they won 6-4, nbd). Anyway, as I was watching, I came across MLB and NHL network reporter Kelly Nash, who may just be the finest sports reporter I’ve ever seen.

Kelly Nash graduated with a Master’s in Youth Development Leadership from Clemson University and a Master’s in TV Broadcast Journalism from the University of Miami, and then began her career with ACC Digital.

Kelly Nash began contributing to NHL Network in 2015 when NHL Network’s daily on-air operations became based out of MLB Network’s headquarters. In addition to her role with NHL Network, Nash is an MLB Network studio host, including the co-host of the regular season show “The Rundown” with Matt Yallof.

Prior to joining MLB Network in March of 2015, Nash served as a sideline reporter for FOX Sports Florida, covering the Tampa Bay Rays, Orlando Magic and Tampa Bay Lightning. Before joining FOX Sports Florida, Nash began her career with the ACC Digital Network as a production assistant and host.

It’s only a matter of time before she gets sucked up by ESPN or one of the big dogs. She’s a varsity level talent.