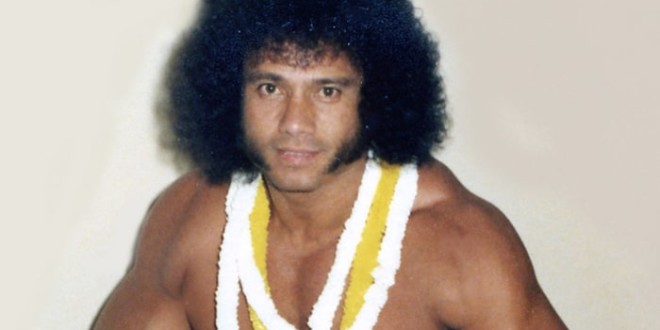 Homicide charges against Jimmy “Superfly” Snuka, the former wrestler who rose to fame with the WWE (then known as the WWF) in the mid-1980s, were dismissed by a Lehigh County judge on Tuesday. Snuka was accused of murdering his girlfriend Nancy Argentino in 1983 in Allentown, Pa., but wasn’t arrested or charged until 30 years later.

The autopsy report stated that Argentino had a skull fracture and died of craniocerebral injuries. Snuka, who called 911, said the couple was “fooling around” outside the motel room when she somehow hit her head on concrete while the two were wrestling, adding later that she had slipped and hit her head as the couple was “clowning around” on the side of the highway during a bathroom break. The story continued to evolve, but somehow it was enough to keep investigators off his trail.

“The evidence was there,” Louise Argentino, Nancy’s younger sister, told CNN. She believes detectives didn’t investigate further because Snuka, “was a big star at the time.”

In September of 2015, Snuka was booked on charges of third-degree murder and involuntary manslaughter shortly after The Morning Call brought new evidence to light. His lawyers urged the judge to drop the case in June of 2016 because Snuka was suffering from dementia due to head trauma he sustained throughout his career. Prosecutors believed he was faking his symptoms at the time and asked the judge in August to either send him to treatment or dismiss the case entirely.

In December’s hearing, it was revealed Snuka’s health “took a turn” in recent months and he can no longer travel. A doctor also said he may only have five more months to live. Once Lehigh County Judge Kelly Banach saw his condition had worsened, she made the decision.

According to The Morning Call, Judge Kelly L. Banach granted defense attorney Robert Kirwan’s motion to end the case in a closed-door hearing. The case has been stalled since last June when the judge found Snuka, 73, incompetent to stand trial.

Snuka, born born James Wiley Smith, was known as one of the high-flyers of the golden age of professional wrestling. Added to the WWE Hall of Fame in 1996, his section on the website was taken down after he was charged last year.