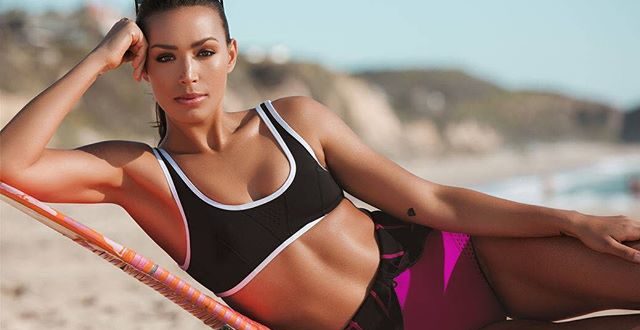 Ever since the new Baywatch movie was announced, everybody has been drooling over the hot new stars. But not enough people are talking about Ilfenesh Hadera.

Playing Dwayne Johnson’s love interest, Hadera has too big of a role to go unnoticed (and is too hot to boot). Johnson was even the one that announced her casting just a couple of months ago, saying this:

“Casting my #BAYWATCH love interest wasn’t easy…For our coveted role of ‘STEF,’ she had to be a lot of things: Strong, intelligent, formidable, beautiful and funny. Want to welcome the talented @ilfenator Ilfenesh Hadera to our #BAYWATCH family.” Pretty nice, right?

But who is Hadera and where have we seen her before? Here are some things that you should know about the babe.

She can next be seen – obviously – in Baywatch, which hits theaters today (May 26). Before seeing the movie, be sure to scroll through our collection of gorgeous Hadera pictures above.