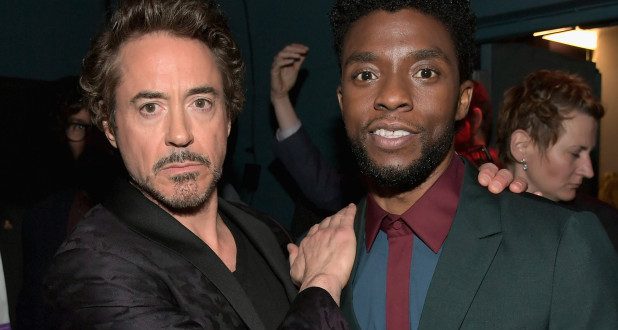 Hollywood tributes continue to pour in for Chadwick Boseman

Stars and dignitaries — a former president, media moguls and a who’s who of A-list entertainment luminaries — posted heartfelt RIPs.

And even across the Atlantic, a British soccer star celebrated a key goal by flashing the “Wakanda Forever” salute, his hands in fists and his arms crossed over his heart.

The tributes came is many forms Saturday for actor Chadwick Boseman, who was lauded for his vast talent and dignity, a day after his death, at age 43, from colon cancer — an illness he fought in secret for four years with the same quiet courage he showed in his on-screen portrayals of heroes.

Boseman left behind a wife, Taylor Simone Ledward, who he married in the last months of his life.

Accolades poured in from the hills of Hollywood to the trenches of pediatric cancer hospitals, where he had performed selfless charity work.

Boseman inspired millions as the charismatic “Black Panther” in the 2018 Marvel blockbuster, but none more poignantly than the young patients he visited, even as he fought the same illness, his own cancer, in private.

To them, Boseman was King T’Challa, a superhero come alive at their bedsides.

“Two years ago, Chadwick visited the St. Jude campus and brought with him not only toys for our patients but also joy, courage and inspiration,” a rep at the Memphis-based hospital tweeted.

Boseman kept in touch with the young patients he met, so even as “Black Panther” was still in production, he knew that at least two little boys were fighting to survive their terminal cancers just a little longer.

The boys, named Ian and Taylor wanted to live long enough to see the movie.

“It’s a humbling experience,” Boseman said in a 2018 post-release interview on SiriusXM.

“Because, you’re like, ‘This can’t mean that much to them.’ But seeing how the world has taken this on, seeing how the movement, how it’s taken on a life of its own — I realized that they anticipated something great.”

Boseman said he was reminded of when he was a child waiting for Christmas, or a new video game.

“I did live life waiting for those moments. And so, it put me back in the mind of being a kid, just to experience those two little boys’ anticipation for this movie and when I found out they …” Boseman said, cutting himself off and beginning to cry.

The boys had not lived to see the movie’s release.

The heads of Marvel and its parent company, Disney, were among those grieving.

“We mourn all that he was, as well as everything he was destined to become,” Disney Chairman Robert Iger tweeted.

“And each time he appeared on screen, he created something truly indelible.

He was as smart and kind and powerful and strong as any person he portrayed.”

Among his Avengers co-stars, Robert Downey Jr. noted that “Mr. Boseman leveled the playing field while fighting for his life … that’s heroism.”

Angela Bassett, who plays his mother in the blockbuster, called him “a beautiful spirit, a consummate artist, a soulful brother.”

“Chadwick came to the White House to work with kids,” Obama tweeted. “You could tell right away that he was blessed. To be young, gifted, and Black; to use that power to give them heroes to look up to; to do it all while in pain — what a use of his years.”

Boseman’s last tweet, from earlier this month, celebrated the new Democratic vice presidential nominee with an old photo of the two together. “YES @KamalaHarris!” the post read.

Aubameyang had celebrated a goal last season by donning a mask from the blockbuster.

“May you Rest in Peace,” Aubameyang wrote on Instagram. “You gave us so much Hope and strength thanks for everything #wakandaforever.”

Boseman, famous for his portrayal of Robinson, died on the same day that Major League Baseball celebrated the man who broke the game’s color barrier.

In another strange coincidence, Boseman died on the birthday of Jack Kirby, the legendary comic artist who created Black Panther.

Boseman was a stylish dresser, so it was no surprise that fashionistas shared condolences.

“I am beyond sad to wake up to the news that we have lost Chadwick Boseman,” Donatella Versace said on Instagram.

In a photo she posted of herself and Boseman, both wearing Versace, naturally, his silk jacket, covered with golden leopards and crowns, steals the selfie.

Style iconoclast Billy Porter said Boseman “reminded us all that we are ROYALTY!”

He also shared a clip from Boseman’s 2018 commencement speech at Howard University.

Better to find purpose than a job, Boseman told graduates at his alma mater.

“Purpose crosses disciplines. Purpose is an essential element of you. It is the reason you are on the planet at this particular time in history,” he said.
“Whatever you choose for a career path remember the struggles along the way are only meant to shape you for your purpose.”

Previous How to Choose the Perfect Bed Sheets Made from Linen
Next Rose McGowan on see-through VMAs dress: ‘They slut-shamed me like crazy’ 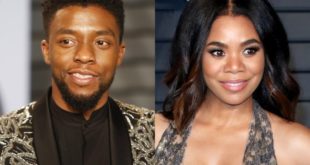