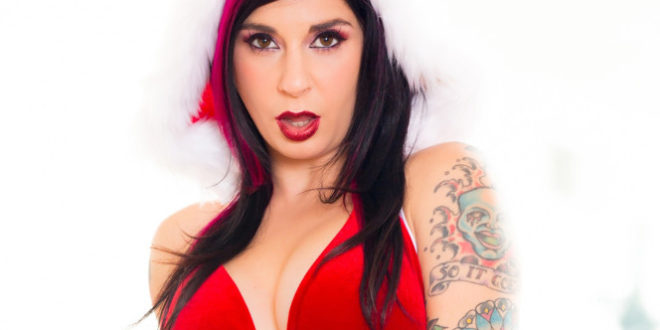 Growing up Jewish in northern New Jersey, Christmas holds no special place in Angel’s religious heart but it’s still a big deal because it happens to be her birthday.

“I love having a birthday on Christmas — not like I have a choice in the matter,” Angel told Page Six. “I love it mostly because I can actually really enjoy my birthday. No matter what job I’ve had in life, I have the day off.”

“I’m also Jewish so I don’t have to stress about Christmas like other people do. I always get to see my family or hang out with friends … It’s a festive time of year! “

Angel’s calendar coincidence didn’t really affect her or her family when she was growing up. In fact, her family followed a tradition.

“Every year we would go into ‘the city’ and we’d eat Chinese food and see a Broadway show,” Angel says. Now happily married with a couple of rescue Shih Tzus, Angel still spends the holidays relaxing.

“I’m going to take it easy. Eat a lot of food and watch movies.”

Then, as if the expo weren’t enough, the week ends with the AVN Awards — porn’s Oscars.

To get ready for the Christmas break and porn’s big week in Vegas, Angel is producing lots of extra content in December for her own awarding-winning website and Burning Angel — the groundbreaking, tattoo and piercing-heavy, “alt-porn” company she launched when she was living in Williamsburg, Brooklyn in 2002. 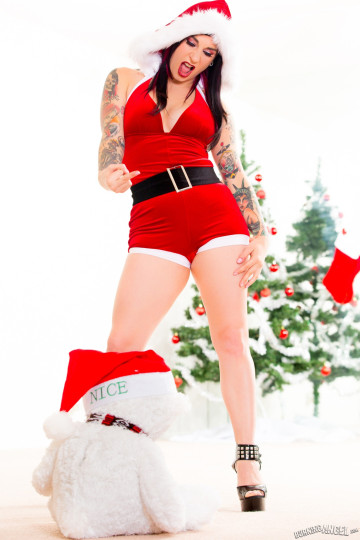 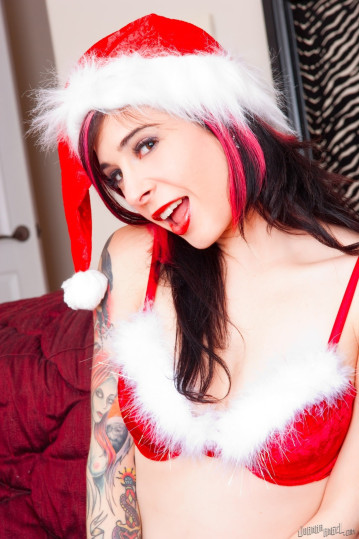 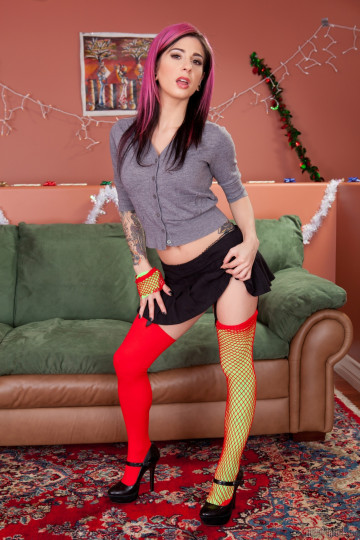 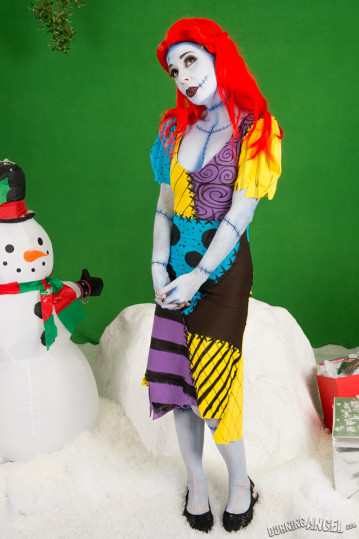 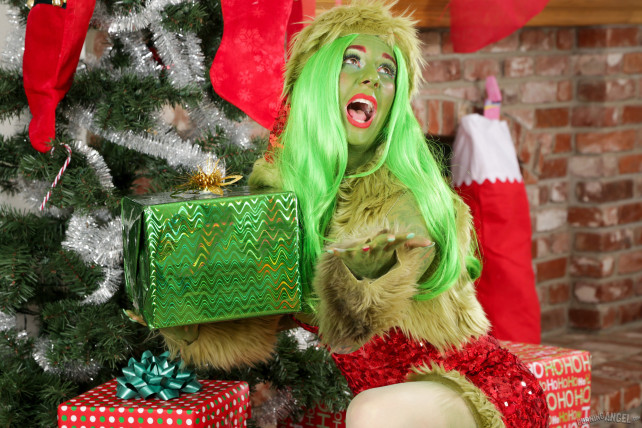 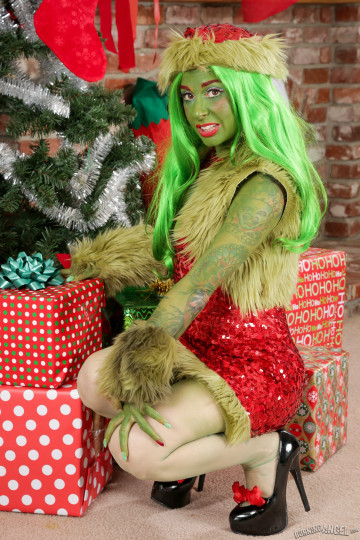 Besides dressing up as the Grinch and having sex at work, Angel says that her holidays are shockingly normal.

“I just want to have some nice sex with my husband and maybe, maybe if I’m feeling crazy we’ll invite over another girl,” Angel giggles.

In terms of go-to holiday gifts, Angel sticks with the classics.

“Everybody likes a bottle of booze,” she says while suggesting that people check out her signature label, Doom’s Whiskey.

Besides that, she suggests gift cards to places like Amazon and Netflix because “I’d rather give no gift than those chocolates that nobody wants.”

And, for the man who has everything, she said that you could always give the gift of her vagina, in Fleshlight form.