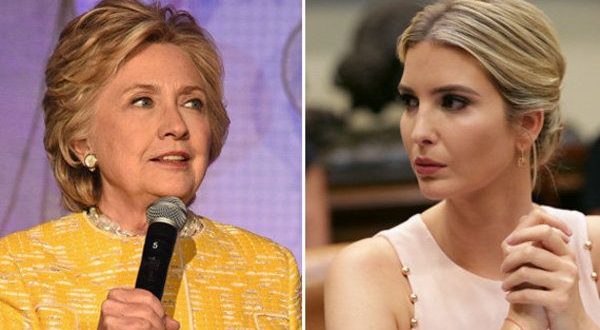 Hillary Clinton had a very straightforward response when she was asked recently about Ivanka Trump’s role in her father’s administration.

The president’s eldest daughter “should be judged and held accountable” just like everyone else who is closely associated with him, said the former Democratic presidential nominee.

In an interview with Refinery29 released Tuesday, Clinton discussed her new memoir on the 2016 election, What Happened, in which she goes into great detail about her stunning loss to President Donald Trump.

When asked if Trump’s daughter should be held responsible for her father’s actions, Clinton answered succinctly.

“Everyone associated with him … they’re either on board with that, or they’re not. And if they’re not, they need to be speaking out or leaving. But if they remain silent and just give lip service to contrary points of views, then they are part of his agenda and should be judged and held accountable for that.”

The interview was released on the same day Clinton’s new memoir hit bookstores. Excerpts from the book show the former secretary of state candidly hitting back at the current president, former FBI Director James Comey, Sen. Bernie Sanders (I-Vt.) and even former Vice President Joe Biden, among others.

Previous Behati Prinsloo and Adam Levine Are Expecting Baby No. 2
Next Kether Donohue: 17 Must-See Photos Of The ‘You’re The Worst’ Star 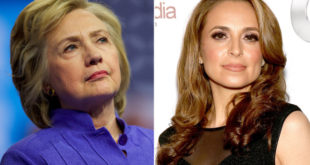 Did Jedediah Bila exit ‘The View’ because of Hillary Clinton?