Breaking News
Home / Girls / Herizen Guardiola: 22 Hottest Photos Of ‘The Get Down’ Actress 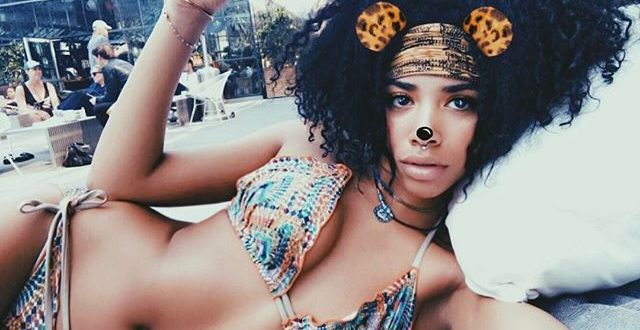 Herizen Guardiola: 22 Hottest Photos Of ‘The Get Down’ Actress

Herizen Guardiola is an actress and singer from Miami, Florida. The 20-year-old made her on-screen debut in 2015, playing Freya Nordholm in the film Runaway Island. But it was in 2016 when Herizen really arrived on the scene, as she had a breakout role as Mylene Cruz in the musical drama television series The Get Down.

The series was created by Baz Luhrmann and Stephen Adly Guirgis, and the first six episodes of The Get Down aired on August 12, 2016 on Netflix to rave reviews. Critics and fans alike were especially fond of Herizen’s performance, as she shined in her starring role like an actress with years of experience under her belt. The Get Down also gave Herizen an opportunity to show off her pipes, and she appeared on several songs on the soundtrack.

The second half of the first season of The Get Down is set to air on Netflix on April 7, 2017. The series will remain set in New York City, but its time period will shift from 1977 to 1978 for the final six episodes of the season.

You can watch the trailer for the remainder of The Get Down’s first season in the video below, and be sure to check out Herizen’s hottest photos in the gallery above. Disco has never looked better.